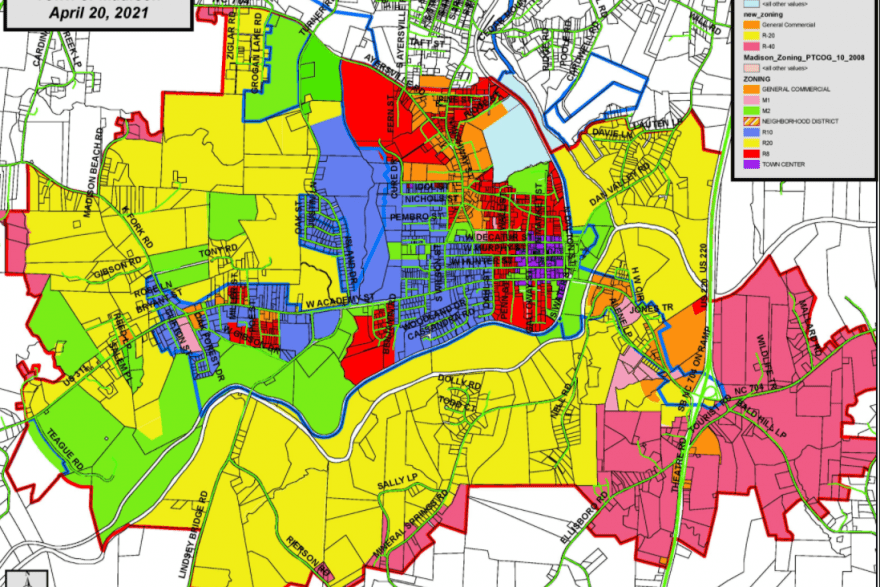 Ten years ago, when I was appointed a Planning Commissioner for my small town in Vermont, I had little idea of how zoning works. I jumped in because someone asked me, and it is a way to serve my town. What I’ve learned is that zoning is created by people who write the words that become regulations. It’s not rocket science and they’re not etched in stone.

As the housing crisis gets worse, thoughtful people recognize that zoning regulations are a large part of the problem. From the cost in both time and money of getting building permits to the “zombie zoning” of miles and miles of single-family-house-only districts that prohibit density and mixed-use construction, we’ve made it expensive and difficult to develop housing. Changes are coming – for instance, California recently passed a law eliminating single-family zoning.

In general zoning is governed by localities, towns, cities and/or counties. It is unusual for state government to legislate a particular aspect of zoning. Local control is a key principle. How California’s new law will play out locally will be watched by all who are aware of the issue.

While zoning is generally understood to be about land use– that is, building types, size, height, setbacks and such – bylaws have also been used to regulate who gets to live where. This can be a problem for those who want to live in shared housing, because some zoning bylaws explicitly prohibit unrelated people from living in a single-family house.

Take this bylaw from Morgantown, West Virginia. (The key issues are bolded.)

“FAMILY – For determining residential dwelling unit occupancy within the City’s many diverse neighborhoods and zoning districts, the following definitions shall apply:
(a) Within single-family residential zoning districts – A person living alone or any of the following groups living together as a single housekeeping unit and sharing common living, cooking and eating facilities:
(1) A person or any number of related persons, as that term is defined in this
article;
(2) Two unrelated people or two unrelated people and any children related to
either of them by blood, marriage, or legal adoption;
(5) Three or more unrelated persons who the Planning Director determines
to be a “Functional Family Unit”, as defined in this article.

FUNCTIONAL FAMILY UNIT – Three or more persons occupying a dwelling unit and living together as a single, non-profit housekeeping unit whose relationship is of a permanent and distinct domestic character, with a demonstrable and recognizable bond where each party is responsible for the basic material needs of the other, and all are living as a single housekeeping unit consistent with the purposes of zoning restrictions in the R-1, Single Family Residential District and the R-1A, Single-Family Residential District.“

In other words, shared housing is not allowed for three or more people who are unrelated.

Why is this the case? Well, Morgantown is home to five colleges. Clearly the zoning is designed to prevent group houses from proliferating in neighborhoods of people who don’t want them around. Given young people’s immaturity around noise, parties, cleanliness, alcohol use and such, it’s understandable. But it’s a broad-brush stroke that could affect others who might want to choose living with two other people for all the benefits – especially in the case of older people.

But not all zoning defines the residents of a single-family dwelling. The zoning by-laws of Brattleboro, Vermont defines a single-family dwelling as, “A single-unit structure intended for habitation by one household that provides complete independent living facilities including permanent provisions for living, sleeping, eating, cooking and sanitation and a “household” is “one or more people living together in a dwelling unit with common use of the living and cooking facilities.”

Denver has no mention of “family” at all simply defining a dwelling unit as “a single unit providing complete independent living facilities for one or more persons, including permanent provisions for living, sleeping, eating, cooking, and sanitation and includes single rooming units.”

Such a general definition does not prohibit shared housing.

Bylaws can change. Citizens can speak up when something isn’t working for them, offering a reasonable, persuasive argument for a change.   For those of us who want shared housing to be a true alternative housing option, we need to be sure that the local zoning doesn’t make it difficult.

Check out the regulations of your zoning, and if you see language that prohibits unrelated people from living together, go to a planning meeting and speak up. It’s how change happens. In this way, more housing can be made available and sharing housing can be a solution for many more people.