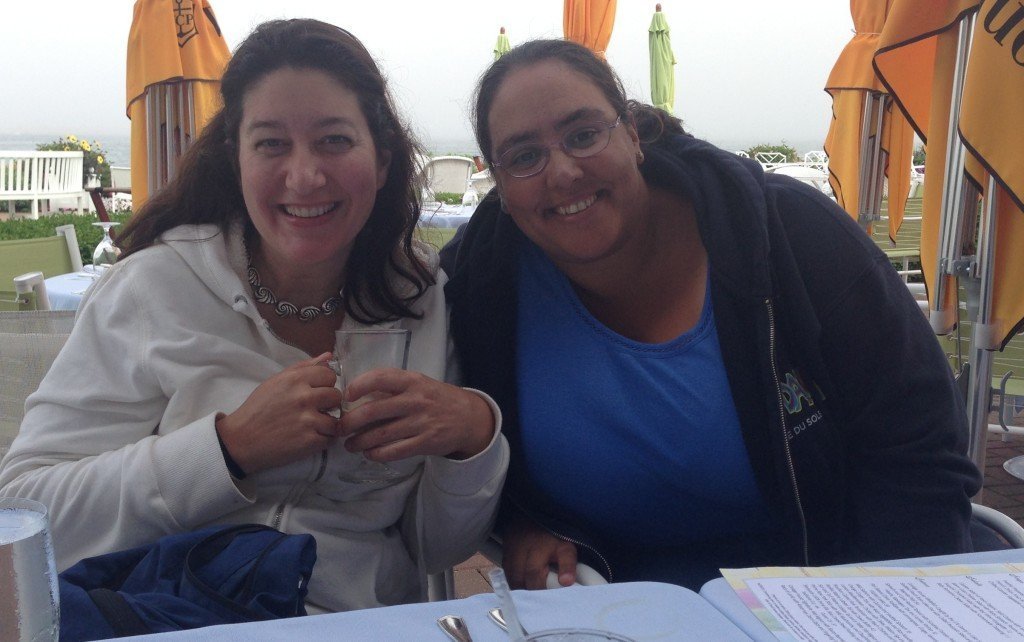 Ann Marie lives with family and understands the benefit of shared housing. “I don’t know how other parents raise kids without help,” says Ann Marie who lives in the house of her cousin and his family.

Help in a Shared Home

For example, when carpool arrangements break down. One regular weekday it happened. Both parents, Tammy and Eric,  left home in the early morning to go to work. The arrangement is that their high-school aged daughters are picked up an hour later by a classmate’s parent.  The girls waited and waited. It got later and later. When they finally called to find out what had happened, the girls learned that their friend wasn’t going to school that day. Fortunately, Ann Marie was home and was able to take them to school.

How the Set Up Works

Ann Marie, 34, has lived with the family for six years. She has a floor to herself in a large house in the Washington Metro area. Her private spaces are a bedroom and bathroom. Outside her room is a family room with a wet bar,  a microwave and a small refrigerator. She has full access to the kitchen, living room, and dining room upstairs. The rest of the family sleeps on the second floor. She has an independent life. Tammy says, “Sometimes I don’t see her for weeks!”

One time when she was house sitting for a friend, she got very sick.  She called Tammy who took her to the emergency room. Turned out Ann Marie had pneumonia. She was so weak she couldn’t walk.  At the time she said, “I never want to live alone.”

For Tammy the relationship is “awesome.”  “We help each other grow but don’t need to check in on each other. Sometimes she’s more of a housemate and sometimes more of a family member. I can’t imagine living without her.”

Read more about people choosing to share housing: How She Left Silence and Discovered Freedom , Downsizing by Buying a House Together