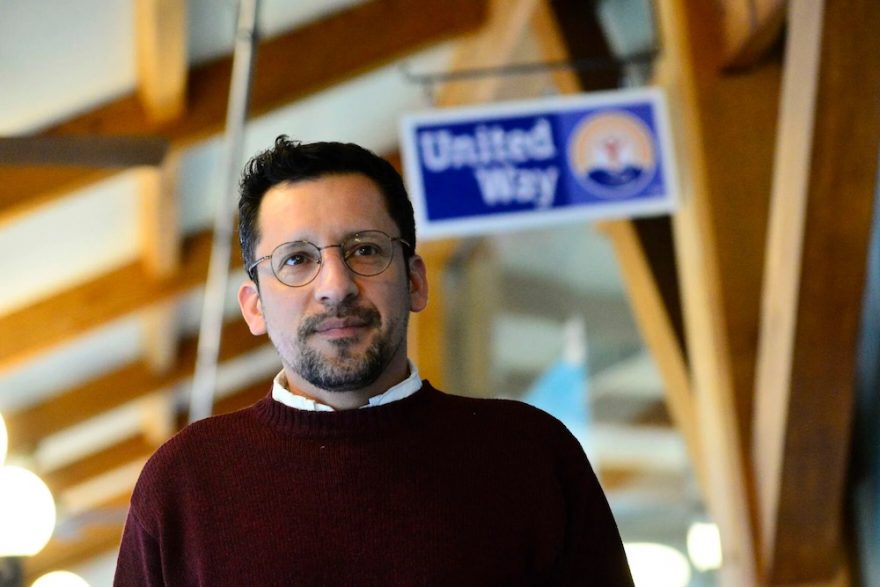 “It’s beneficial,” says Ruben about living in shared housing. He continues, “It’s good for me to have more people in this building. I feel like when there’s other people around, it’s good for my mental health.  It’s good to have people to talk to.  Anyone is a stranger until you get to know them and sometimes it doesn’t work out and that’s OK too.”

Brattleboro has an active Afghan refugee resettlement program, with many volunteers and an expanding staff. Ruben, who lives alone, in a multi-bedroom house decided that he could provide safe housing for one of the refugees moving into our community.

Ruben says, “The person who came to live with me was in the military in Afghanistan. He is a perfect match. I have been a mentor to him as he learns to navigate things that we take for granted—for instance, shopping and banking.  We are going through this journey of discovery together. As a new refugee he had no Social Security number and no identification papers, though he is receiving 3SquaresVT (The Vermont version of Supplemental Nutritional Assistance Program). I helped him set up a bank account, when he ultimately granted a SSN. He has aspirations. His next goal is to have a vehicle. After that to own his own home. There are challenges that he faces; for instance, you need to have a credit history to do almost anything in this country. We’re working on this. All these basic things that we take for granted he must manage. Living with me means he has a safe home and help navigating our world.”

Ruben says, “At first my housemate was shy and introverted but now he’s coming out of his shell and is more comfortable. Initially, it felt as if he was a guest. At that beginning of his time in Brattleboro, he had a community of other Afghan refugees who were being housed in a local dormitory who he would spend his time with them. Now that he has a job it’s more like this house is his home. He has a bicycle and has started traveling distances. He came to Brattleboro already speaking beginner English, but now he’s picking it up pretty quickly and can be described as a intermediate English speaker. It’s been three to four months.”

ECDC, the organization that manages the refugee resettlement program also helped with the matching. Ruben says, “When we were first introduced as possible housemates, I brought him to the house and showed him around. He took a few days to decide if he wanted to move in and then agreed. ECDC helped us establish expectations for how we would share the house and we put together an agreement which is like a lease.

“In our agreement it was clear that I was not going be cooking for him every day. On the second day he lived with me he had a friend over for a welcome meal. He purchases his own food and I have mine. We don’t have standard meals together mainly because we work at different times. He’s working second shift, so he fends for himself. On weekends we might eat together if it works out. When we do, we have group meals. I’m an avid cook, but I’d never made naan! On his side, he had never eaten seafood!

“We pick up after ourselves and we deal with the cleaning and the recycling together. His room is his own private space. The rest of the shared spaces are maintained by both of us. We talked about this when we first agreed to live together.

“He’s not currently paying rent but might start doing that in a couple of months. He wants to pay rent. He has his own bathroom and he purchases his own supplies, toothpaste, toilet paper etc. At the beginning he was given a care package by the refugee committee to get him started. There’s no particular end in sight of this home share arrangement, it’s indefinite. I have plenty of space for him. For me, the money is not so important.

“We are both sociable. If one of us is going have more than one guest in the house we simply communicate that a friend is coming over.  He has his own phone. Last weekend we had people over and made kebabs and naan and things like that.

What would you tell someone about shared housing?

“There’s lots of benefits. It’s good for our community. It’s good to use the space. It would alleviate so many of our community’s housing issues. Housing is integral to health, to maintaining jobs – it’s all interrelated. On a personal level, if you feel like you want more life in your home and more community, you can get that from shared housing.”