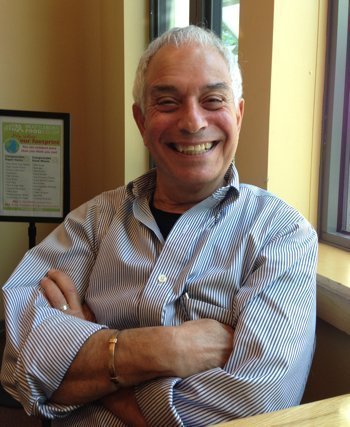 Richard doesn’t look like a former commune member with his starched oxford shirt, fancy watch and short-hair.  “I’m bourgeois now, but I’m a hippie inside,” he says. The commune he helped to found, Packer Corners Farm, lasted for twenty-five years. In its day it was famous. A commune is a fantastic way to share housing but it’s not for everyone. Remember to get to know what you want before making your choice to share housing.

It started when Richard and friends from college purchased one-hundred acres in southern Vermont. They immediately formed a Packer Corners Farm as a non-profit organization to own the land which is still in existence.

The commune was an experiment in intentional living and living off the land. They had big gardens, a cow, pigs, and chickens. The only rule was that they had no rules. Really. No ideology, no leader.

They did have responsibilities. People would gravitate to their interests and take on responsibility for that particular area. So, there was someone who milked the cow, someone who looked after the chickens, some who gardened and some who canned, some cooked and some did the grocery shopping.  Cooking was done by those who wanted to do it. It was never assigned. Having dinner together was a core value of the commune, so people made sure there would be a meal.

It all worked. These days we would call their method of living “self-organizing.”

“We had so much fun. We shared the farm, our lives. We had a gorgeous home. We had incredible dinners… We would sit at the handmade table, eating our home-grown food, drinking our home brewed beer. We had deep heady conversations. We had a connection to nature that was transcendental. We also had great dance parties.”

Cleanliness could be an issue. Richard says, “I was more cleanliness conscious than many. I was famous for the notes I’d leave.”

When the need for cash was felt various members took jobs in the nearby community. But how much each person contributed to the household account was entirely a matter of personal choice. (No rules, remember?)

Richard says, “We bought the farm with a farm house where there were a kitchen and bedrooms and a couple of outbuildings which we converted into living spaces. Several people also built cabins. We had an outhouse. We heated with the wood we got from the trees we felled and then split. The farmhouse had an attached tractor shed which we turned into a “great room” where we ate, danced, got stoned, had meetings, stored our canned and frozen goods, and put up guests. It had a baby grand piano on a loft and a raised eating platform for raucous dining.”

They discovered they needed to arrange space. For them, “arranging space was/is the art of knowing how to move gracefully around the bodies, personalities and spirits you live with. How to cook dinner, for instance, when several people are in the kitchen canning, someone is practicing guitar, and a baby is crawling around the floor.”

Everyone had their own private space, either bedrooms in the main house or in out buildings or cabins. This was important.

There was a core group with others coming and going. When a person wanted to join the commune, there would be a vote of the members. They would assess compatibility, attitude, productivity, and contribution to the commune. Sometimes the community met and told some folks who wanted to live there that they couldn’t. Some would leave on their own. Sometimes people would be told in a quiet conversation that “you can’t live here.”

The commune never died as much as morphed. The members started pursuing professional lives that took them in new directions. One went to law school, another into teaching. Others took jobs nearby.

After living together in the commune for five years, Richard and his partner decided that they wanted to live on their own. They bought a one-acre plot from the trust and built their own house. One other parcel of land was sold to a member. The selling of land to members was a deliberate decision by the trust that holds the property to have a plan for continuance. There are still other people living on the property.

Everyone has remained close friends and in fact are planning their 50th reunion for 2018. They had reunions for the 25th, 40th and 45th anniversaries.

Richard says, “It was well worth it. We had very valuable experiences. We learned that there is the possibility to live peaceably with others and that it was fun. They were the best years of my life.” He adds, “You do have to have patience and tolerance and an interest in being compassionate.”

Asked if he would do it again, Richard says, “Not now, I’m quieter now, more private. I suppose if I didn’t have my partner, I might be interested in sharing, but not a commune again!”

When asked what he would say to you, the reader, Richard says, “[Sharing]… is a wonderful way to live. It alleviates loneliness and allows for sociability. It does require adaptability and flexibility. And a caution: you also must have a way to have your own privacy. Not all of one’s life should be shared.”

This is an example of real people sharing housing, albeit not a contemporary one. The communes of the Sixties may seem to be a form of living that has dissolved, but that is not the case as I learned when I went to the Twin Oaks Community Conference. They aren’t mainstream, so you have to find them.

Living with others – whether in a commune or simply sharing housing, has many similar elements—from the physical setup to the personal.

I love the term “arranging space.” It’s not just about the physical layout but also how people move around each other. Both are of consequence. Some physical layouts are better for sharing than others. As Richard says, it’s essential that everyone have their own private space.

Note, too, that if someone wasn’t a good fit, they were clear about this. They didn’t try to change someone to make them fit. This is easier when you have a group with a clear set of values so that the not-fitting person stands out. In a two- or three-person set up it might not be so obvious. So taking time before someone moves in is important.

Finally, and most importantly, Richard says, “You have to have an interest in being compassionate.” In other words, you have to have an active desire to cultivate compassion in yourself. This is not so far from the willingness to live by the principle of the Golden Rule, which is essential to peaceful sharing and which is described in Sharing Housing, A Guidebook for Finding and Keeping Good Housemates.

Many boomers had experiences with communes and group houses. It’s the memories of the good times and the fun that was had that might encourage them to consider sharing housing in their later years.

Did you ever live in a commune? Group house? Tell us about it, what was good and what wasn’t.  What did you learn about living with others?

Read more about real people sharing housing: Moving In With Them Saved My Life , Entertaining and Making Your Home-Mate Feel Include