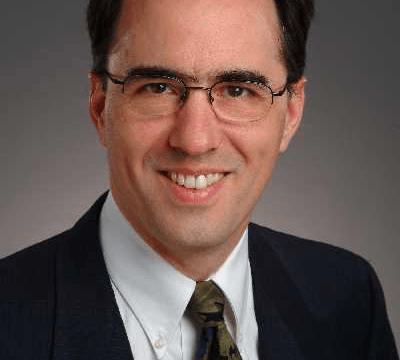 When Brian took a job at the state capitol of Montpelier Vermont, which was two hours from home, he decided to look for a homeshare situation. Through this website, he found HomeShare Now, a matching program based in Barre, Vermont. They helped him find his current situation with Margaret. He lives with her Sunday night to Friday morning and goes home for the weekends. HomeShare Now is a great initiative to help people find a good housemate.

First there was an extensive interview that covered what he likes and how he spends his days. “Some of the questions were very detailed.” For instance, Describe your morning routine.  How much time will you be in the home?  What do you do in the evenings? HomeShare Now then did some background checking on him. They asked for references, confirming his employment, and conducted a criminal and credit check.

He met with three different homeowners before making a decision. The first was a home on the edge of town. However, the set up of the house might require that Brian walk through a room where the owner was sleeping if he came in late. That wasn’t great.

The second was a woman, a therapist. Brian says, “It might have been interesting to live with her.” It was within walking distance of work. He turned it down for two reasons: it was more money than he wanted to spend, and the bed was a double, not a queen. Brian is a largish guy and expected that his wife might visit, so that nixed this choice.

The third option, which he ended up choosing, is farther away but offered him a room that is separate from the rest of the house and had its own bathroom. The house is owned by Margaret, a former teacher and mentor to teachers. She’s a widow of five years who retired with her husband to Vermont. She has family nearby, including grandchildren.

HomeShare Now sat down with Brian and Margaret to help them discuss how they would live together. They covered lots of details and questions that each one of them answered. (Not unlike our interviewing guide. Questions covered included, “How do you spend your mornings? Your evenings? How do you react with upset about something? Do you smoke? Have firearms in the house?”

Brian says, “Lots of questions that one wouldn’t necessarily think about. It helped me to think about things and puts everything on the table, such as expectations about responsibilities and tasks. Also tastes in food. The question about how the other reacts when upset I find helpful. It makes me more aware and sensitive about what to notice and look for in the other person. It was a helpful foundation. Most people are not accustomed to having these kinds of conversations.”

Trial Period and Beyond

Brian moved in with a two-week trial period, during which time either of the home sharers could back out of the arrangement without consequence. No money was exchanged during this period. After that Initial phase he started paying rent of $350 a month. HomeShare Now always checks in three months later to assure that the match is going the way all parties want it. After that they leave the home sharers to their own devices.

Brian says, “This relationship is really different. There is a business aspect to it and there is the expectation and hope that is will become something more, a friendship. Especially as it would be difficult to live in a space and not be friends. It would be hard to always have to be careful of what you say or do—no one wants that. When forming the contract one of the sets of questions has to do with how each person handles being upset and what the other should do. This gets spelled out. The contract says, “When Margaret is upset, she is most likely to… and Brian should…  When Brian is upset, he is likely to… and Margaret should…”  So the contract lays the groundwork for how you can start a conversation about something that troubles you. For Brian, this contract makes it much easier to bring us something you are bothered by and makes it clear that it is okay to bring up the issue.

Brian leaves the house weekday mornings at 7:30. Margaret is usually up when he leaves. He’s gone all day and doesn’t return until around 6:30. They have dinner together Monday through Thursday and take turns in who does the cooking. They each contribute by shopping on their own. Brian buys for a couple of meals on the weekend and bring food in the house. It’s a cooperative arrangement where they independently decide what they will cook and then check in with each other about who cooks when and what. They’ll discuss what they’ll eat.  “This is what I have. What would you like with it?” Brian continues, “Margaret likes to cook and doesn’t like eating leftovers. We’ll help each other out doing food prep and setting the table.”  They talk, sharing stories about their life and the day. Brian will talk about his day at work, Margaret about her day with her many activities.

Initially, Margaret wanted to her homeshare person to help with mowing and snow shoveling but those are weekend tasks and Brian is not around. He helps as much as possible. At one point, they switched rooms, with Brian paying an additional $50. That money helps cover the cost of hiring someone to do those tasks. Brian cleans his own rooms and helps out with other stuff, such as light fixtures she can’t reach, loading the car with quilts for an event, stringing a clothes line, hauling weeds to the compost pile, storing away holiday decorations, and caring for her dog when she is away for a day or two.

Brian’s wife, Nanci, has visited a few times. Margaret welcomed Nanci and the two women hit it off immediately.  Brian and Nanci have included Margaret on some of the activities they have done such as going out to movies and dinner. They’ve also gone to small Vermont town summer festivals and they’ve also cooked dinner for Margaret.

There have been no upsets! “We’re both easy people to get along with.” “She’s kind of particular about where things belong, and I need to put them back in the right place. It is after all her house and has been for years. ”

What Would You Say To Someone About This Arrangement?

“Try it! Understanding why you are interested and what you want to get out of it makes all the difference. You have to make it happen. You have to be flexible and wanting to make it work.”

This is a great story of a successful match created by a social service agency. It would be great if there were many more matching services. A directory of those available can be found on the National Shared Housing Resource Center site.

Besides helping them find each other, the biggest benefit was helping the two potential home sharers talk through how they would live together. As Brian says. “We are not accustomed to having these kinds of conversations.” That is true. If you don’t have a matching program to help you, our interviewing guide, What You Need to Talk About When Interviewing a Potential Home-Mate is designed to help you have this conversation. There’s a questionnaire in it.

Note that Brian particularly appreciates that they have discussed how they are when they are upset and how the other might manage that. In the book, Sharing Housing, A Guidebook for Finding and Keeping Good Housemates, one of the four principles of living successfully with others is called, “Do it while it is easy.” This is the idea that you speak up when the thing that is upsetting is a small nit and don’t let it grow to be a conflict. The assumption is that both people want the relationship to work and have chosen each other through a long interview process where they talk about how each person usually lives in their home. If they have had a thorough conversation (our interview guide helps) then anything that comes up should simply require an adjustment and not be a big deal.

Did you notice how Margaret’s life is enhanced by opening up her home to Brian?