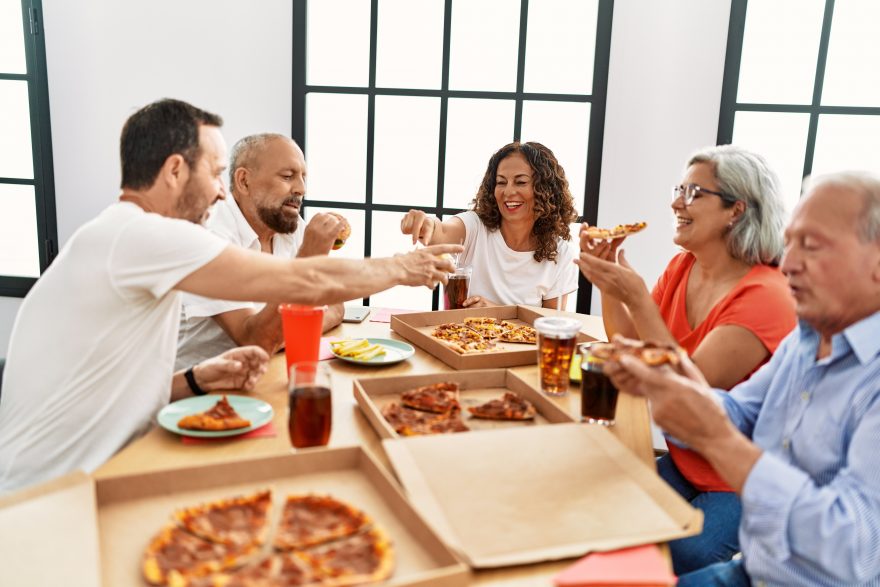 I’ve been thinking a lot about broadening my circle of friends lately, and this all occurred because I recently acquired a car. As a former big city dweller, not having a car isn’t a big deal; you can rely on very dependable public transportation: buses, subways, taxis, and Ubers so that you can reach with ease your destination to meet friends, colleagues, family—in essence, the circle of relationships you’ve formed. But in a small town without a vehicle, making friends and being part of a circle is difficult because many places are not within walking distance.  My revelation is that this “lone wolf” needs her pack for her mental health. Here are some things I’ve noticed.

When I moved from Brooklyn to Shelter Island, my circle from the city became nearly non-existent. During the four years I lived on the island, only one friend, whom I’ve known since we were 11 years old, came to visit. My other friends said, “It’s too much of a schlep.” As I tried to make friends on the island, I discovered that the close-knit community wasn’t very welcoming to outsiders. So I turned to social media, where I formed a virtual circle, connected with friends from college and my former flatmate from San Francisco, and made several new friends within an online writing community. I spent countless hours connecting with these people, the virtual world of friendship was different and came with a price—a co-dependence on the drama that’s so prevalent on social media that often took a severe toll on my physical and mental well-being.

Covid-19 and its Aftermath

Years later, after Shelter Island and other locations, I was in Brattleboro when the pandemic hit. Many of my friends suffered the mental anguish of not being able to connect in person with their various circles. Because I had no car and no community, it wasn’t much of a big deal. I still had my virtual circle; I  Zoomed with friends like many others.  But unlike others who mentally suffered through the isolation to keep healthy, I was already conditioned to get through the days alone, often not speaking to anyone for days. I spent a lot of time thinking about what life would be like post-pandemic and what changes I wanted to make that would improve my living situation and broaden my circle.

With all this thinking about the next steps, my housing situation has suddenly become unstable. My landlady passed away in late August, and her family is currently deciding whether they will sell the house or keep it as a rental property. In the meantime, a job opportunity has come up that would put me back in a big city environment with more activities that offer the chance to meet people and create a new circle. But the question of housing concerns me. Apartments in large cities are expensive. Do I want to live alone or should I consider shared housing?

As someone who has written about the advantages of shared housing and the process of finding a dependable homemate, I’ve shared many times on this blog my positive experiences when I lived in San Francisco. Maybe, after all these years, it’s time to reconsider living solo and have one of those circles overlap with my home base.

And how do you make friends? We wrote about this here.