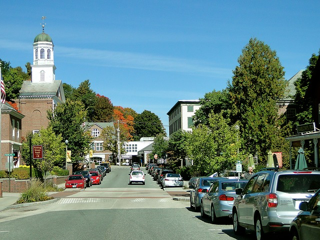 Location, location. Nancy, 74, has the desire of her retirement. She lives in a small New England college town where she can walk to her activities, do errands on foot, and pays just $460 a month.

She moved to this small town from Philadelphia, a city that had been home on and off again for most of her adult life. Initially, she lived with friends who are a couple. But the physical space wasn’t great for the three people, and though they got along very well, it became clear to all of them that it was time for a change. It’s always important to stay aware of your needs and preferences.

Nancy found her current situation through an ad. Although she considered getting an apartment on her own and looked at one, she decided it was really too small. She was attracted to her current situation because it was a “women-only” house, the location was good, and the price was right. She was interviewed by the landlady. She hadn’t met the other inhabitants of the house, and though she thought that odd, she went ahead and moved in.

There are four women living in the house. Nancy is the oldest. The landlady is in her sixties. One is in her fifties, the other in her forties. The landlady rents out rooms in her house because it is the only way she can afford to stay in her house. There is another house on the property that also has four people living in it.

Nancy says, “This isn’t a community in any sense of the word. People are thoughtful and considerate, but we don’t eat together.”

Nancy has a long history of living in intentional community. She belonged to an activist community for most of her adult life that owned several large houses. Committed to non-violent social change she lived in both Philadelphia and Boston in group houses of five to seven members In those houses they shared meals and collective decision-making. When the community dissolved in the late ‘80s, Nancy went to work as a geriatric social worker. She continued to live in shared housing.

In this house, people pretty much keep to themselves. They are very different people. There’s a Mormon, a Jehovah’s Witness, and one we might call a consumerist (loves to shop). Nancy, a Unitarian Universalist, largely keeps quiet about her life. She says, “I’m way different from them.”

She says the fact “that we don’t do meals together cuts down on arenas for conversation.” We do “chit chat about the weather, chores. We are cordial and friendly.” One housemate is visually impaired and everyone looks out for her and does little things to make her life easier, such as delivering her mail to her door or occasionally giving her rides for quick errands.

The house is a big, older house. The first floor has a living room, a dining room with a TV, a kitchen with a big pantry and a full bathroom. Two rooms off to the side belong to the landlady. The second floor has four rooms and one bathroom. One room is unoccupied and has become a place for storage for all three of them, especially as there is no attic.

The one bathroom for three women hasn’t proven difficult. One housemate goes to work early and she uses it first. The other two check in with each other. Since Nancy is retired she tries not to take a shower before 8:30. It’s a big bathroom with plenty of space for all their stuff. They take turns buying toilet paper.

The landlady cleans the entire first floor. The second floor is cleaned by the housemates, who take turns. Nancy says, “We’re not expected to do a lot of work. There’s way less in terms of housework that I’m used to. I do lots of snow shoveling.”

Food and Kitchen Use

Everyone is on her own for food. There are two refrigerators and each person has half of one of the fridges. One of them is in the front living room. They also have their own plates, pots, and cooking utensils. This is where the pantry is very useful. Occasionally, someone will have some extra food and will offer it to the others. Nancy says, “My diet is very different. I’ve come home from the farmer’s market with Swiss chard and been asked, ‘What’s that?’.” Each housemate is expected to wash up and put away everything after cooking.

Nancy hasn’t accumulated much stuff in her years of communal living, though she did inherit her parent’s house when they died. After she sold the house she kept enough of the family furniture to furnish an apartment should she need it. She has most of it in storage except the bedroom furniture she has with her.

“This is a good way to live for two reasons. It can be significantly less expensive and it is environmentally harmonious. We are sharing resources and everyone is using less. There is also the aspect of mutual aid, companionship and socialization. Living alone one is solitary and isolated.” She goes on, “One has to be flexible. It’s not for someone who wants their own way all the time. A person can’t be rigid or narrow. One needs to have clear and reasonable boundaries.”

Nancy’s experience in this house is not a “home-mate” situation. The first clue, of course, is that she never met the other people she’d be living with. She’s renting a room in a house. When I was told there was a Mormon, Jehovah’s witness, and a Unitarian Universalist in this house I burst out laughing. What a combination! While not likely to have much in common the housemates are cordial and helpful to one another. What Nancy really gets out of it is affordable housing in a location close to the center of town. She can walk to her activities. It’s what she wants.

Read more about making shared housing work for you: Hopscotch and the Art of Making Friends , How to Rent on Your Own Terms