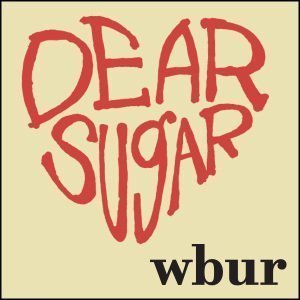 Dear Sugar is an WBUR radio show offering fabulously sage  relationship advice. On a recent episode, they responded to a straight woman, aged 49, who has a dear friend, 51, male and gay. She wanted to know if it was a crazy idea for them to have a home together. She signed her letter “Lots of Love, No Sex.” Both the “Sugars,” Steve Almond and Cheryl Strayed, responded perfectly. They said it was a “great idea” and that “you should always to move in the direction of whatever crazy joy awaits.” If you know what you want and need from a housemate, then you should feel free to explore different home-mate situations.

A Home-mate Isn’t a Marriage

They also noticed that the writer was thinking it was a crazy idea because it would be like a sexless marriage —a long-term life commitment without sex. They appropriately ask why the writer sees this as a dichotomy.  The Sugars point out that the two of them can have a home together and still date, if they want to. As Steve says, “Sleepovers allowed!”  If a relationship develops then they might have to revisit their original agreement. They also point out that they may develop patterns of living together that would make it less likely that they would want to date.  I would add that having a strong loving home is a great preventative against getting into bad relationship.

The Sugars didn’t address the commitment part. I wonder why this woman felt that she would be making a permanent life choice to live with her friend. Is it possible that the only model she has for adults living together is marriage? And given the high rate of divorces, marriage isn’t the best model of permanence either.

What it Means to Have Home-mates

I wish that the Sugars had had the word “home-mate” to use when giving advice to this woman. That’s the relationship she will have with her friend when they live together.  They will be home-mates. Friends sharing a home.  People like Mari and her friend, whom you can read about here. People like Susan and Josephine. Read about them here. Or like what Elizabeth had. Read that one here.

Home-mates.  It’s an important idea for the millions of people living alone who want the benefits that couples have. We need a culture that openly embraces the idea of unrelated people living together for all the advantages of companionship, connection and finances that are possible.

How many people get into inappropriate relationships because they are lonely?  Wouldn’t it be better to have a home with companionship?

Learn more about navigating a housemate situation: Why You Shouldn’t Have Sex with Your Roommate , Are the Golden Girls Home-Mates?