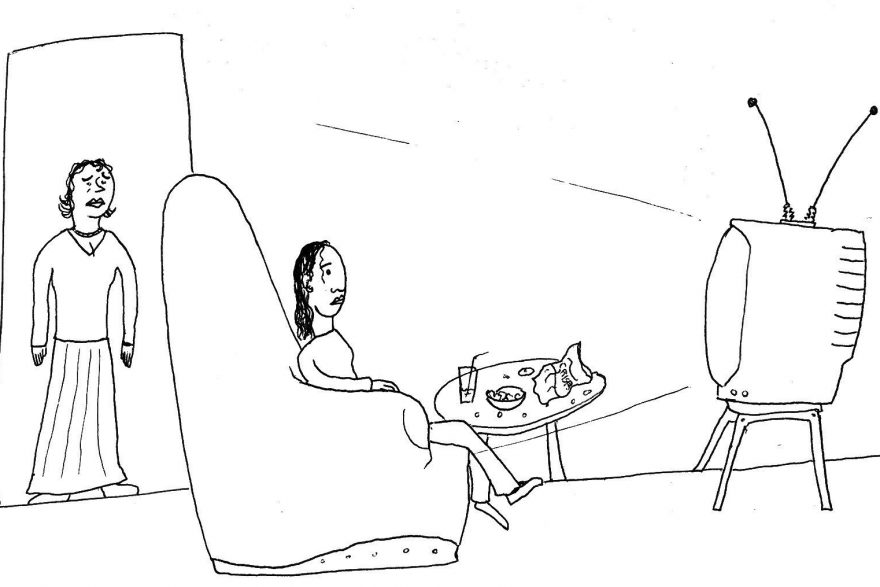 “Do it While it’s Easy” is one of our four guidelines for living well with others as described in the book, Sharing Housing: A Guidebook for Finding and Keeping Good Housemates. An essential part of living with your housemate is knowing what you need and communicating it.

I am not sure when I first started telling myself that I needed to “do it while it’s easy.” It was certainly years ago as a prod to myself. Once upon a time it was hard for me to talk to more than four people at a time. I lacked confidence and was afraid of opening my mouth, certain that whatever I was going to say would be criticized or wrong. I discovered that if I spoke up when the thought first occurred to me it was easier to say. Often, I was surprised by how my taking the risk of speaking opened up a dialogue and ended up making me feel good.

As a principle for living with others, “Do it While it’s Easy” means speaking up about a little annoyance before it has a chance to become a bigger one. When you live with others you are living closely. It’s the little things that can become problematic, such as, tasks not completed, things left around, noise, or a guest who’s eating food. If you speak up, and the other person is able to adjust their behavior, the issue is gone.

Do you think that’s not so easy? Perhaps, but it is certainly better than ignoring or pushing it away or rationalizing with yourself, “It’s not so bad.” To make this principle work for you there are a few pieces that need to be in place. The critical first piece is what standards and expectations were set in the interviewing and selection process.

“Do it While It’s Easy” assumes that the interviewing and selection process has been thorough, with a good conversation about how the household will work. In fact, that discussion is much easier before people agree to live together. It easier because if one person wants something one way and the other doesn’t want to live that way, each can look at the other and say, “Well this isn’t going to work” and stop the selection process right there. There’s no investment yet. Each party is free to put forward what they want in their home and figure out if there is a fit or not. I’ll say it again: Before agreeing to live together, there should be clarity and agreement about household standards and practices. Check out our interviewing guide for a good list of areas to consider.

Here’s an example of skipping over that important conversation. Three college friends needed a fourth to move into four-person house. They found the fourth person but didn’t carefully talk it through. On moving day, the fourth moved her television into the living room, set it up and sat down to watch TV. The other three were somewhat dismayed by this, but didn’t address it right away.  For the entire year, the fourth housemate occupied the living room with her television. I can imagine that it was an uncomfortable household for all of them. My point is that they hadn’t talked about what living together would really mean for the four of them. Had they had a conversation that included exploring each person’s routines they might have discovered the television/living room issue. At that point they could have negotiated.

The critical second piece to making “do it while it is easy” work is that it is combined with another principle for living well with others: living by The Golden Rule. It’s a good rule of thumb for life and especially important when living in shared housing. It means treating others as you would want them to treat you.

“Do it while it’s easy” starts with self-reflection.  Do you notice when the thought or feeling first shows up?  Sometimes it’s just a twinge, a fleeting thought, a moment.  And then it disappears. It’s so human to ignore it, to look the other way, to turn a blind eye, or gloss over it. We have lots of phrases for this impulse!  Related is the shrug of the shoulders, the rationalization “it’s not so bad.” And maybe it isn’t, this time. But what about next time? Or the time after? So much better to notice that twinge and speak up before it becomes an issue.  Notice that moment and make a decision. Speaking up is easy when the thought or feeling first shows up.

If You Feel It, Say It

How you speak up also makes a difference.  If I speak up when the issue is just dawning I’m freer to simply say what is happening. “When I came into the kitchen this morning I noticed you hadn’t washed your dishes. We agreed we’d have a clean kitchen in the morning.” This gives the other person a moment to respond. There can be all kinds of reasons for the breach of an agreement. The fact that you spoke up, means that your home-mate is now aware that it matters to you. Think of how different that conversation is than “I’ve been watching for the past month. Your dirty dishes are often in the sink in the morning. We agreed we’d have a clean kitchen in the morning.” What does your home-mate do with that? They would be justified in thinking that you were okay with not getting the dishes washed at night and might be surprised that you waited a month to say something! It is more likely to be a conflict because the other will feel defensive and ambushed. So much better to “do it while it’s easy.”

Notice how in my example, what is stated is the fact and the observation as an “I statement.” This is basic conflict management and you can find more here and in this lovely article. The principles are correct.

Does this make sense to you? Do you have examples from your life about times when “do it while it is easy” helped you continue to live comfortably and happily in shared housing? Leave your comments below!

Read more about how to live with your housemate: What to Do When You Have an Issue , When An Adult Child Needs a Home