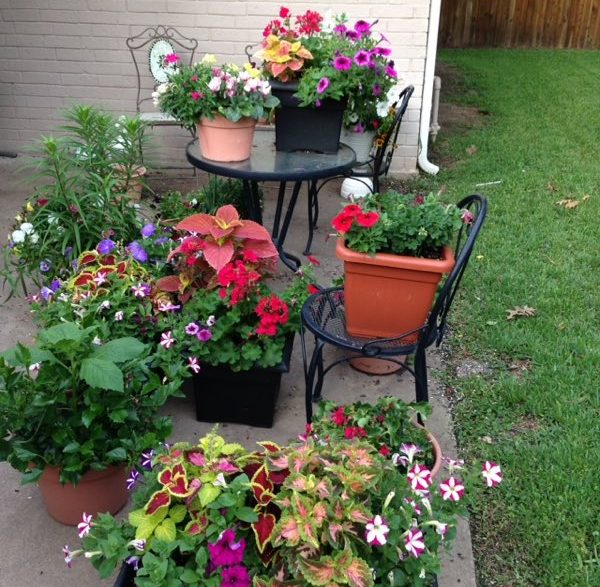 Home sharing started for Beth by accident. Enough of an accident that it was only when Beth heard a talk on housing options for seniors in her area, and heard “home sharing,” that she thought, “Geez! That’s what I’m doing.” Many people don’t even realize what home sharing is, and what benefits it can bring them.

It started as a relationship back in 2001. When Bob moved in they each had a large 3400-square-foot houses. Bob leased his house and they shared the housing expenses. As Beth says, “It helped lots with my children’s college bills.” Eventually he sold his house. Though they stopped being in a romantic relationship they continued to live together because it worked so well.  Four years later, after her children had finished college, she felt she no longer needed a large house and was looking at downsizing, maybe moving into an apartment. She and her home-mate were getting ready to go their separate ways.

But he had a small Chihuahua dog that they both loved. As she says, a “four-pound child.” When asked what he was going to do with the dog, he said, “I guess I’ll have to give her up to the pound.”  Well Beth was not okay with that. She said, “I’ll buy a smaller house with a fenced in yard – if you’ll continue to help with expenses.“

Beth bought a Texas-style four-bedroom house of 2,000 sq. feet that has the common rooms—kitchen, dining room, and living room in the middle. At one end is the master bedroom, with bathroom. At the other end are three bedrooms, and a bathroom that is shared by two of the bedrooms. They moved into the house in 2005.

“We got along so great. Better than I ever did with my husband of 17 years.” They each continued to date others from time to time. Occasionally, her home-mate’s brother would come and live with them for two to three years at a time.  Though he didn’t help with expenses, he fixed everything. She says, it was “really nice! Big, big advantage to that. All the fixing he did was a very big plus.” “We never had a crisis, living together was really easy going, no problem at all.” Eventually, in May of 2019, her home-mate moved out to live with a girlfriend. They ended up living together for eighteen years.

Meanwhile, Beth has gotten used to sharing housing expenses, so she decided to see if she could find another housemate.

The first person she interviewed came to the house with an electronic magnetic fields (EMF) tester. And though Beth’s house passed muster, Beth decided this person would be a bit obsessive and decided she would be difficult to live with.

She looked on craigslist. She didn’t feel comfortable posting on craigslist but from the ads she saw she got a good sense for what she should charge.

Then while she was overseas on a bit of a vacation, she happened to see a post on her local Next Door list. (Next Door is a community oriented electronic bulletin board.) A lady posted looking for housing for her boyfriend. He was going to move to the area but because she has three children at home, she didn’t want him moving in.

Beth had read “Sharing Housing: A Guidebook for Finding and Keeping Good Housemates.”  She also got a copy of the Interviewing Guide. She says, “It got me in mind of what is important to me.” When they interviewed, they talked for awhile. He couldn’t afford what she was asking so she dropped the price a bit. She says, “He’s a schoolteacher, divorcing, so he doesn’t have a lot of money.” He also didn’t have any furniture, so he moved into the bedroom where she already had a bed, dresser, nightstand, lamp, curtains, and a large closet. One of his requirements was that his seventeen-year-old son visit him every other weekend. Beth is fine with him using the the second bedroom. Those two bedrooms share the bathroom. The bathroom is huge, with a large dressing area and a door to the toilet, tub sink, and shower.

Beth says, “I practically don’t see him. He’s gone by 6:30 am and doesn’t come home until after 9 pm. It works out great.” As part of their arrangement, her housemate cleans the floors once a week. He has some food in the fridge and in the pantry, but he doesn’t eat at home that often. Beth says, “I am out a lot on weekends, so I don’t see him much, so I don’t know if he eats at home with his son or not.  I only cook for myself and am not be interested in eating meals together.”

The son is super clean, super polite. She says, “He reads real books.”  The housemate also has a daughter who is a junior in college. housemate has asked if it would be possible for his daughter to help with expenses for the second bedroom for her last year of college, December to December.  He has pointed out that she won’t be in the house much because in addition to going to school, she has a job and a boyfriend. Beth is delighted, as this increases her income.

She’s really happy with the arrangement and feels very lucky. She says, “I’m very, very happy with it.”

Beth feels she lucked into a good arrangement with her current housemate because she saw the ad on a local list serve and didn’t herself have to figure out how to announce that she was looking for someone. She interprets the rules at Next Door Neighbor as prohibiting her own posting. I hope she’s wrong. I’ve written to them to find out what their policy is. Using a neighborhood electronic bulletin board seems like a fabulous way to get the word out if one is looking for a home-mate.

It’s the second time I’ve heard of someone living in shared housing and not thinking anything of it until someone uses the phrase and they realize it. I wrote about Pat some time ago.