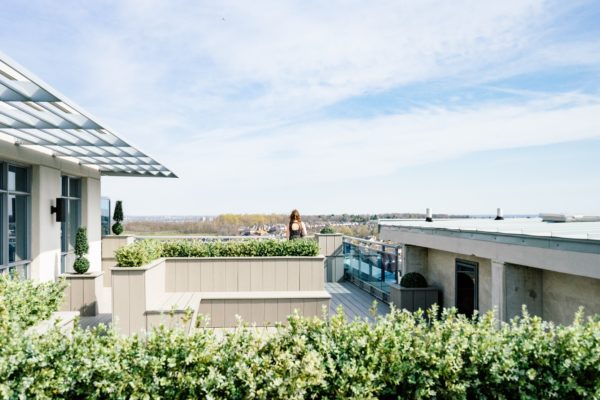 I am currently participating in the Discovering Shared Housing webinar, and it has me thinking of my personal home sharing expectations for the future. It’s super important to take the time to get to know yourself and your expectations as part of a good housemate selection process.

During the mid-late 1990s, as previously noted, I went the flatmate route because I couldn’t afford my large and lovely flat in San Francisco. I was fortunate to have to have two male flatmate who became friends. However, there were two issues I couldn’t avoid: romance and lack of work.

My first flatmate, Nick, moved out after six months because he felt that as a man in his mid-30s, it was time to have his own place. The rationale was that women would feel more comfortable if he proved that he was financially independent. I suspect the woman he was dating made some comment about sharing an apartment with another woman and gave him an ultimatum.

My second flatmate, Patrick, was a graphic designer who worked from home for a start-up. When that went south, he headed south back to Los Angeles where he had more connections and could crash with friends until he found some work.

When I moved to Manhattan, I subletted a small apartment in SoHo for several months, but when that came to an end, I found an shared apartment situation with a friend who was recently separated. The situation had it’s pros and cons, but for the year I lived there I tolerated her foibles.

Although the living situations from above weren’t horrible, they weren’t optimal. I got lucky that I shared living spaces with three great people, but I was forced into the situation due to that broken romance and finances. Because of that I had to find someone fast to pay the rent or to have a new place to live. I was open to anyone who seemed pleasant, was responsible, liked dogs, and could afford their share of the rent. That was my criteria.

All those qualities still apply today but now that I’m older, I am pickier of who I want to live with in the near future. I also want to qualify my expectations that unlike flatmates of yesteryear, who were in their late 20s and mid-30s and a temporary solution, I want someone closer to my age who wants to live in a home and make it their home–not use it solely as a crash pad.

Although I am an equal opportunity  home-mate, I would feel more comfortable with a woman my age. Why? After having lived with men, platonic and romantic, I want someone who understands the issues I face as a woman approaching her 60s and who can discuss them freely without embarrassment. Such as…? Health concerns, work and financial issues, misogyny, and ageism. Someone who gets me because she also has the same concerns. Now that gender is out of the way, here are a few must-haves:

These are top of mind for the moment. I’m sure I’ll be adding to the list. Next post, I’ll discuss what habits I can’t live with.

What are your must-haves in a living situation? Those aspects of living at home that you “must have” to be comfortable?

Learn more about what to expect in a shared home: Sharing a Home with a Friend , Letting Go of Good Housemates