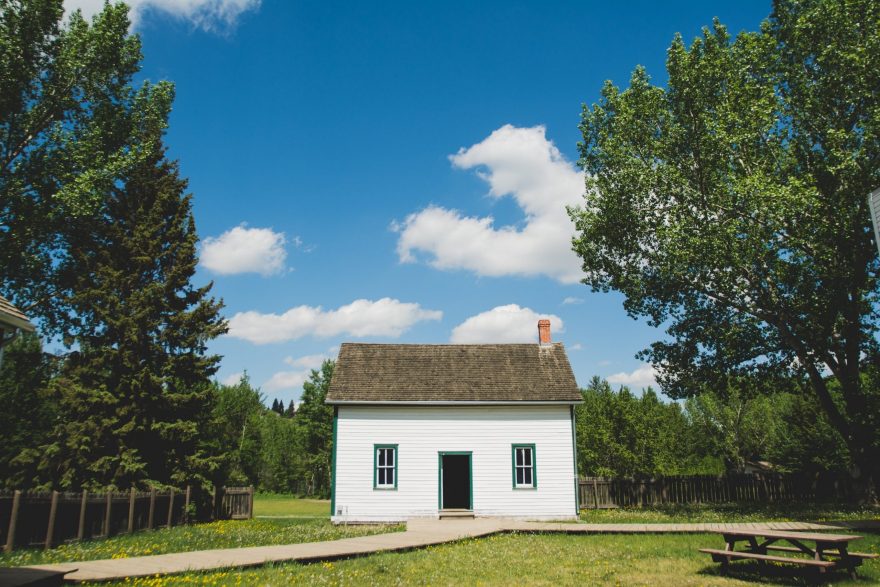 Ellen is an experienced home sharer. She has had two experiences of home sharing as the householder (the person who has the lease) and two as a home seeker (the person who is moving into someone else’s home). And in each situation, she has had one good experience and one less-than-wonderful. It all comes down to knowing how to find a good housemate, and being careful about who you live with.

How She Started Home Sharing

Remember when the price of oil went skyrocketing? Ellen was living in a lovely, old building that she adored. She was there for nine years on her own. She says, the place was “a hair more expensive than I could afford but the heat bill knocked me out of that.” The house had two bedrooms, one full bathroom on the second floor and a half-bath on the first floor. In order to stay in the house she decided to have a housemate.

She put an ad on craigslist.  She was very careful. There were many interviews with Kate, including having dinner together. Kate moved in. Ellen says, “She had emotional intelligence and had lived in communal situations before and knew how to have boundaries and keep them. We were able to divide the kitchen space, storage space, basement, and refrigerator. We talked about how to incorporate her household items into the space. She knew how to communicate without being offensive or defensive.” Kate lived there for two years and moved out to live with her boyfriend.

One month later Ellen met Mary through a mutual friend. When she met Mary, Mary needed a place right away. When Ellen interviewed her she thought to herself, “This person could be a challenge to live with.” Looking back, she says, “I did not listen to my antennae.” What followed  wasn’t a total disaster, but it was an entirely different experience and definitely not as pleasant.

Says Ellen, “Mary did not understand the difference between being the householder and home seeker. She had a misplaced sense of ownership about the house.” There were a few issues in the building –  a screen that had a patch in it, and a radiator in her room that was difficult to calibrate – that caused Mary to want Ellen to “go on the warpath” with the landlord to get them fixed. “They could not move fast enough.”

Thinking back on the experience some five years ago, Ellen says, “It seems as if she was constantly looking for the place where she could have more authority… There was always a a potential for tension Ironically, muses Ellen,  when she first looked at the space there was something about the way she said, ‘I wouldn’t change a thing.’”

Mary moved in her stuff. Kitchen sharing and organizing was fine.. However, a lot of her stuff in the basement was disorganized, which was a problem because it was an entrance and everyone coming into the house would see it.  Ellen finally said, “This is an issue for me.  How can I help you?” Mary finally got it done when she was given a deadline.

Mary became unemployed just as she was moving in, but reliably paid her rent and was busy in the community. For the next eight months life proceeded always carefully, but not entirely carefree or sociably. When Ellen approached Mary to have a checking in conversation and said, “I feel like there is something building here,” Mary exploded. Ellen said, “I was lambasted,  I felt like I triggered her.” Later, Ellen told Mary that this couldn’t happen again and Mary apologized.

Ellen, “I see that I was the next in her rough interactions with the world. I also see what a price you pay when you don’t listen to your intuition. It would have spared us each some grief if I had been more careful.

Within a month Mary announced she would be moving out in six weeks. This was not an easy transition and it happened slowly. At three weeks when she saw no movement towards leaving she offered to help Mary do some packing. When she was down to the last week without taking action, Mary hired someone to help her. She couldn’t do it alone.

Ellen is really concerned with her carbon footprint, which is one of her reasons for choosing to share housing. She decided that the house was too expensive for her, so she gave it up. She decided it  was time to move on reasoning that not being tied down to a lease would give her more flexibility to make an eventual  move closer to family in another state.

Living with a Couple

Ellen found a short-term place to live where the arrangement was helping with farm animals and in the garden in addition to paying some rent. She loved her room. It was sunny and large. The house and the landlords were fun and a bit quirky. “It worked. We got along for the most part.”

Again, communication and flexibility were key to the idosynchroncies of living with a couple. For the most part, they all had good communication about adjustments to the work schedule. At the end of the agreed upon time to commit to a longer stay or move on, another opportunity presented itself to Ellen. They parted as friends.

Invited to Participate in Care

A member of the community had a husband with developing dementia and was looking for another adult to live with them to help out. Ellen had already done some of the care. The neighbor offered free rent if she moved in.  Ellen agreed. “I felt called to the situation. They appreciated what I brought to their household and I appreciated their home and the barter of care for rent. It was hard work but it was also a sacred situation. We all aimed to be our best selves.”

“I have an enormous amount of gratitude to be there.” For 18 months they lived together, the three of them. When the decision came to move the husband to an institution, Ellen stayed on.

About Living with Others

“I think it’s important for people to live together, especially as you age. It can be easy to get self-absorbed and a bit reclusive living alone. I recommend to people that they try this. Living with anyone is a spiritual practice and it solves a practical need. You have to have flexibility and be a non-reactive person. What’s obvious to one person is not obvious to the other.  The basics of being in community are respecting another’s vulnerability in the moment and paying attention to the response you are having to the situation.”

“I’m happy I’ve pared my life down to the material essentials. It opens up space for the non-material.”

Notice how there’s no drama to the stories about the situations that work out? But lots of detail about the one that really didn’t? That’s what happens. When it works, it simply works, and there isn’t a whole lot to tell. It’s the conflicts that have details and stories. Pay attention to that reality. People who are sharing housing comfortably just say “it works.’

Another lesson from this story is that when Ellen interviewed the difficult housemate, she didn’t stop the process when she heard herself say, “This person could be a challenge to live with.” Paying attention to your own instincts and gut is essential in assessing whether you can live with another person. Your gut has wisdom. Trust it.

Read more about making housemate situations: That Man In His Underwear , How Emotional Bank Accounts Grow