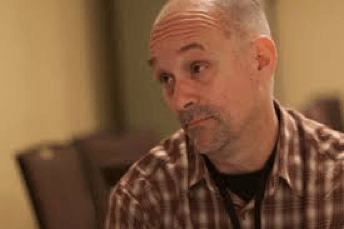 Here is excellent article about feedback that showed up in my inbox.  This one offers a slightly different twist on this most important aspect of good relationships. I’m republishing it because the skill of giving and receiving feedback is essential in a home-mate situation. Giving feed back can really help you know yourself and your needs.

It is written by Michael Bungay Stanier, the founder and Senior Partner of Box of Crayons, a company that helps organizations do less Good Work and more Great Work.

Is It Time to Speak the Hard Truth?

Last month was a month of giving and receiving some tough messages from colleagues and friends.

You may have noticed that this whole “giving feedback” thing is easier to say than to do. We’ve actually got a great Box of Crayons program … and it’s clear to me that even with good tools and training, this can be a tricky area to navigate.

Still, they say you teach what you most need to learn. So here are some simple but powerful truths I’ve been re-learning recently.

Whether you’re giving or receiving, your brain’s going to freak out a little. And by freak out, I mean beat a retreat to the Lizard Brain, where the focus is survival.

Fight or flight, things getting more black and white, assuming the worst, a narrowing of vision and focus. All great survival tools. All often less than useful in a frank and open and generous conversation.

Knowing you’ll be doing this helps. You can focus on your own physiology, and watching your stress response can actually help you manage it.

If you remember to do one thing and one thing only, it’s probably this – keep breathing. The natural thing is to hold your breath. But if you keep a measured in and out, you’ll keep oxygen in your system and in your brain, and that’s going to help.

One of the conversations I had recently with my friend K was about a conversation months ago when I’d inadvertently stumbled onto a topic she was a little vulnerable about … and then crashed around breaking some furniture. I’d been totally unaware of this, until we finally met up for lunch again and I’d commented that it had been too long since we’d seen each other. And then I discovered why….

Something interesting about our conversation was that we deliberately didn’t get into the you said/I said debate. We spent the conversation focused on the aftermath and what could be done to get things back on track.

Now, it might have been useful to have actually gone over what I’d said, so we could tease apart what was true and what was K’s interpretation of the truth. But to do that, we’d have to remember accurately what had been said (nearly impossible); and (probably a good thing, now I think about it) there was no transcript of the conversation.

Reviewing the data helps if you have it, because sometimes it’s missing information or an unflattering interpretation of the facts that stirs up trouble.

But if you don’t have data, then attempting to make it up based on your memory is probably going to take the conversation in the wrong direction.

Tell me what you want, what you really really want

With another colleague, G, the onus was on me to have the difficult conversation. While this awkward situation had been driven by their behaviour – yes, I had data to support that – I’d played a role in things as well, by not being clear enough about expectations.

This pattern repeated itself because I’d been delaying the tough conversation. It was only when I took some time out and wrote down what it was that I wanted to ask for, that I got the clarity and stability to be able to have the conversation.

Knowing what I wanted – and asking for it – meant that it was more likely the conversation was going to stay on track, and we weren’t going to get blown off course by the anxiety that showed up as part of the discussion.

Someone once said that an adult-to-adult conversation was this: be willing to ask for what you want, knowing the answer might be No.

The starting point for that? Giving yourself time and space to get clear on what you want.

For more tips on how to share housing check out these articles: Who says you give up your privacy? (When sharing housing) , Why Letting Go of Stuff is the First Step