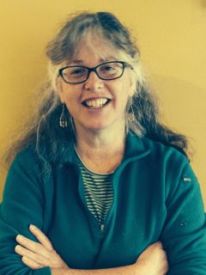 “I wasn’t yearning for a house mate, but I really wanted the financial help,” says Amy. A lot of people are attracted to shared housing by the benefits. If you know how to find a good housemate you can build a situation that improves your life.

She is fifty-five years old and lives in a large house she inherited in rural New Hampshire.  The house is four bedrooms, two living rooms, a sunroom, kitchen, and two full bathrooms.  It’s nicely set up for sharing with a wing containing an upstairs bedroom and downstairs living room that allows privacy. However, there is no running water in that end of the house. Amy considered adding water so that she could rent it as an apartment but it would have been too expensive.

How They Got Together

Initially she lived in the house with her husband and son. After the divorce she stayed. Her son was sixteen. Once he moved out to go to college, she began entertaining the idea of sharing her house with a housemate. Having lived in her area for more than thirty years she has an extensive network. She started talking about it with friends.  She knew Mary Lou, had been in Mary Lou’s house and knew that they had the same values. When she heard that Mary Lou was going through a transition of leaving a relationship and moving out of that home, Amy asked her if she was interested in moving in. Mary Lou seemed interested but she said no. Amy kept her in mind and one time when Amy broached it again, Mary Lou decided to come a look at the place. And she decided to move in.

They agreed on a six-month probationary period. At the end of four months they agreed it was working and it would continue.

What She Likes About It

Amy says, “I love the rent check! I put it in a separate account – it’s there as a safety nest.”  While she’s very clear that the additional income is her main reason for sharing her home, she says,  “It’s really nice having someone in the house. In the old days I never minded coming home to an empty house, now I find that I like it that she’s here.  And while we don’t look to each other to hangout or do things, there’s a companionability. I don’t know how else to say it.  I simply feel less alone. We touch base, chit chat for a while if we feel like it. Usually we meet in the kitchen. This daily exchange is grounding, kind of like family in a way – but without the stresses of family. We’ve found a nice balance between being in touch and leaving space for each other.”

“We are temperamentally similar. Though we’re both extroverts, we are sensitive to each other, want to know how best to relate. We’re both people smart. “

They haven’t had any conflicts. Amy’s biggest challenge has been making space in the refrigerator and managing.  She got a mini-fridge to handle some of the stuff. “We thought about buying another refrigerator, but there really is no room in the kitchen. I’ve stopped worrying about eating her lettuce, she doesn’t care. “

They help each other out with the basic tasks of the household. They each have a pet, a dog and a cat. When one has to be away, the other will feed the animals.

Amy says, “I like to entertain. I’ve always managed it okay on my own. Soon after Mary Lou moved in, I invited a writer to dinner prior to his doing a talk at the local library.  I asked Mary Lou to join us. It was such a pleasure. She helped out and acted as much a host as I did. It was easy and fun to do together. It was a partnership and the best of all possible worlds.”

Notice how Amy had a sense that Mary Lou would be a good housemate and came back to her to ask even after having been turned down initially?  When I asked Amy why she continued to ask, she said that Mary Lou had seemed interested when it was first broached.  Sometimes people have to warm up to the idea.

For me, I think Amy’s statement about “feeling less alone” is a key benefit of having a housemate. As she says, she never really minded being alone but has discovered that there’s something comforting in having another person around.

Is there anything else you notice about why this relationship works?

Read more about real people sharing housing and how it shaped their lives: The Timing Was Right , Owning Together is a Win-Win!