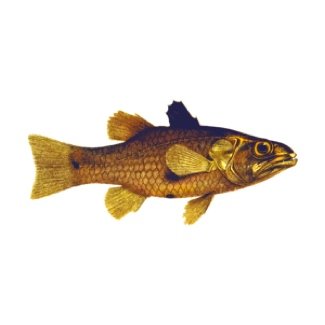 This is a moral story about how to live well with your home-mate by maintaining good boundaries. It always important to know your needs and communicate effectively with your housemates!

Sara and Jenny are housemates. They live in a modest apartment with two bedrooms, living room, kitchen and one bathroom.  They’ve been housemates for a year or so. They found each other through craigslist and it is working. They like each other, occasionally share a meal, and know lots about each other’s lives.

So Jenny knew that Sara was really excited about a big family wedding coming up that was happening in their city. The wedding involved a Friday night rehearsal dinner, a morning ceremony followed by a catered lunch, then dinner and dancing on a boat in the harbor. One day Sara announced to Jenny that her brother Peter would be staying with them for the wedding. That was fine with Jenny, they’d both had guests sleep on the pull-out couch in the living room.

The big weekend came. Peter had a six-hour drive to get there and he got stuck in Friday traffic. Cell phone calls back and forth. He finally arrived bearing gifts, including a fish he had caught the previous day. They threw it in the fridge, he got changed as fast as he could, and Sara and Peter went off to the rehearsal dinner. They had a fine time.  They got home late, after Jenny was in bed, she heard them but just rolled over and went back to sleep.

In the morning, Jenny tip-toed past Peter sleeping on the couch and went into the kitchen to make coffee and start her day. Eventually Sara and then Peter woke up and joined her. They had a nice visit and then went their separate ways for the day and evening.  Jenny was in bed when she was woken up by loud voices. Sara and Peter had brought home their cousins after the wedding. They’d been drinking and were a bit raucous. Jenny smiled, thought about joining them, and rolled over instead.

In the morning, Jenny tip-toed past Peter to get to the kitchen. Both the living room and the kitchen were rather a mess, there were empty bottles and used glasses on various surfaces. It looked like they’d had an ice cream feast with ice cream bowls and melted pools scattered here and there.  Jenny put the dirty dishes in the sink and wiped down the table so she could sit down. When Sara and Peter woke up they finished the clean-up. While they were talking they made a plan to have dinner together.  Sara really wanted to take her brother to an Indian restaurant she knew he’d love and Jenny agreed to join them. They had a nice dinner and Jenny went to bed early. She said good-bye to Peter, who was leaving the next day.

In the morning, once again, Jenny tip-toed past the sleeping Peter to get to the kitchen. She tiptoed past him again to leave for work.

At work, she had a really tough day; her manager was making demands that seemed unreasonable and she’d had to put a team member on probation. As she made her way home she envisioned an evening of a long bubble bath, followed by hanging out in her bathrobe, and quiet.

When she got home as she opened the door whom did she see but Peter sitting in the living room. He hadn’t folded up the couch, his stuff was strewn all over the living room. Her heart sank. He grinned, “Hi! How are you? I decided to stay a few days after all.”  She smiled weakly and didn’t respond as she walked past him to the kitchen. She reached into the fridge for something to drink.

A horrible fishy smell assailed her.

Moral of the story: Fish and guests both stink on the third day.

I wrote this story to illustrate the old saying about fish and guests. Three days seems to be the magic number. One can enjoy having company for that long but the fourth day there is a need to get back to one’s own life and schedule.

This is really important for housemates to understand and manage. You may completely comfortable having a relative stay for a week but a housemate needs to have her home back.  Remember this both when you have people stay and when you go to visit.

Have you had experience with this? Have you noticed the shift if you stay four or more days? Have ever you told guests that they are on their own on day four? Or scaled back your hostess role?

Read about real people sharing housing: Meanwhile They Own a Condo , Savoring is the Key to Life Satisfaction