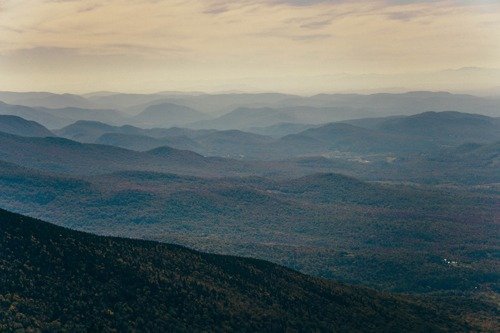 Norma, now 95, has been living with housemates for ten years. She finds her them through Home Share Now , a matching service based in Barre, Vermont. She knew about home share programs because she had had an aunt in the Burlington Vermont area who had been very content with a housemate she had through Home Share Vermont. Norma made the choice to move to shared housing because of all the benefits for seniors.

At the time Norma had cancer. She says, “I thought it would take me,” but she went through all the treatments and here she is. However, her family is a ten-hour drive away in Pennsylvania and it became clear that it was difficult for them to monitor her constantly.

So Norma decided to home share. She lives in her own house in the state capitol. From her house she can see the Green Mountains and counts the eight hilltops visible from her window. Over the last ten years Norma has had five different housemates. Several of them she continues to count as friends who visit with her. One of them lived with her for six years. She had a rocky beginning but persisted.

The first match was a young couple. This match was made as Home Share Now was just getting going and as Norma says, “they probably learned from it, too.” Though the interview was thorough about what they liked and didn’t like, it just didn’t work out. Norma says, “They were too young. They acted like they were fourteen. They didn’t know how to act and react around the elderly. They didn’t have respect for my age.” They’d been there three weeks when Norma gave them a two weeks notice to move out.

The next person was, Rowan, a man in his mid-50’s. He was the department manager at the local co-op. When Norma interviewed him, her neighbors listened in because they wanted to be sure she didn’t make another mistake. Rowan moved in and they lived happily together for almost two years. At one point Rowan said to Norma, “This is the best match that could be made.”

Norma says, “He was very helpful, respectful to me. He went to work in the afternoons. He helped me manage the property and was willing to do the fixing that was needed.”

When he moved in he was in the process of divorcing his wife. At some point he developed a relationship, which led to his eventual asking if the girlfriend could move in. Norma said yes. The day before she moved in, they told her about the bird. It was a large bird with a big cage.

The bird moved into Norma’s study and then into the dining room. It would screech when Norma was on the telephone. There were three cages for the bird! For Norma, it just got “worser and worser.” This went on for six months. Then Norma said, “I can’t do this anymore.” The girlfriend did try to find a different home for the bird, but nothing panned out. She also had a hard time finding a job. As a result they decided to move to the Berkshires area.

The next person was a young woman who worked in an accounting office. She had a strong Buddhist practice and would often go away for the weekends to a retreat center. Norma says, she was “nice, kind and clean. She did have too much stuff for her own room, the rest she stored in my basement.” This arrangement lasted less than six months as her housemate decided to move closer to the Buddhist retreat center.

This time when she called Home Share Now they said, “We have a lady working for the State of Vermont, who goes home to Maine every weekend to her house and husband. Would you consider her?” Norma agreed and interviewed Barbara. This arrangement lasted for six years. The only reason it ended was that Barbara and her husband decided that he should move to Vermont and they sold their house in Maine. Barbara says, “I would have stayed forever.” They’ve remained good friends and all three see each other often. Barbara moved out just last July. (2017)

So now Norma lives with Dennis. Dennis called Home Share Now as Barbara was in the process of moving out. Home Share Now told Norma that he was “the perfect person for you.” Dennis had just retired from the postal service. He came and interviewed and they decided to give it a two-week trial. At the end of that time, Norma invited him to move in.

Dennis pays some rent and helps out with driving her places. She gave up her car three years ago. They share a paper calendar so they both know what commitments they have. Dennis has a brother who is disabled whom he cares for and he plays tennis three, four times a week. Norma says, “He’s not a fixer the way Rowan was, but he’ll pitch in when there’s a problem and help solve it. I asked him to take over the rubbish and recycling. He handles it beautifully. He’s good about keeping the walks clear of ice, I try not to do dangerous things, I don’t go out when it’s icy.”

Dennis who has lived for years on his own prefers fixing his own food, though Norma does keep inviting him to share with her. She’s quite content with the current arrangement.

Norma says, “I think home sharing is something people should try. You do need to be open and friendly with whomever you choose to live.”

She continues, “If you have concerns about something or something that will affect future lives does the other party realize it? You need to realize that the other person does have a life with friends and relatives. House sharers should be friendly, get to know the other person and other person’s people. I’ve gotten to know Dennis’ tennis player friends, he’s gotten to know my son. They stay in touch by email and Facebook.” It’s clear that for Norma this is a good thing.

Wouldn’t it be great  if there were matching programs all over the country? Notice that Norma learned about home share by witnessing it long before she felt she needed it. And then she was able to call a local agency. We don’t have enough of these programs!  Please notice that one of her housemates was with her for six years – it’s a long time of no story because it simply worked.

Norma clearly loves the way that her current housemate is integrating into her life and she his. They are getting to know each other’s friends and I’m sure that for Norma  who doesn’t drive that there is a big component of sociability in that.

I love the fact that after the first bad experience Norma didn’t give up. She also didn’t let it fester, decided pretty quickly that it wasn’t going to work. She learned to have a probation period.  She kept going and was rewarded with good housemates for most of the ensuing ten years and up to now.

Her two not great experiences were with couples. It is always difficult to live with a couple – it brings another layer of complexity to the housemate relationships. While not impossible, there is something about the fact that the couple has a bond that changes the household dynamics.

A different lesson from this story has to do with the bird. It is never a good idea to surprise a future housemate with a pet or guests after they have agreed to live together. She should have been told about the bird when she was asked about having the girlfriend move in. At that point she could have decided if this was okay. As it was, that bird was forced on her, which is not a good way to start out.

Norma has the good fortune of living in an area that has an activing matching program. In a perfect world there would be matching programs in every community, but for now most people have to do it for themselves.

We do have a closed Facebook group to help people find one another. You can ask to join. Here is the link.

Do you have any experiences of shared housing matching programs? Have you looked for one in your area? Have you witnessed people sharing housing who aren’t related to each other?

Photo by Brad Fickeisen on Unsplash