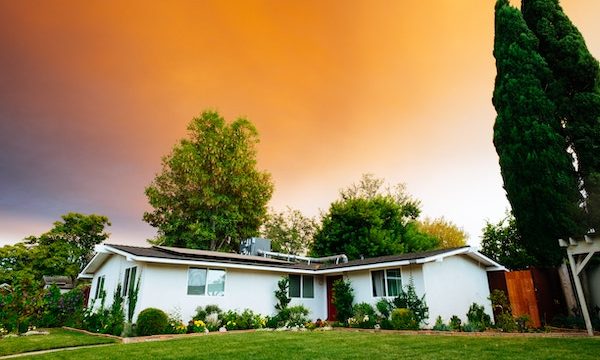 The crisis in housing options for seniors is upon us.  From the homeless seniors in Los Angeles living in the parking lots of senior centers, to seniors spending as much as 80 percent of their income on a roof over their heads, millions of seniors are struggling. Currently, according to the Harvard Joint Center on Housing there are 48 million Americans over the age of 65 and almost 10 million of them are cost-burdened, that is, spending more that 30% of income on housing. Both figures are expected to grow in the coming years. The number of people who are aging and will be old far outstrips the options for the safe, accessible, and affordable housing that is needed.

Professionals in the aging field have been worried about this for a while. (See “Housing America’s Older Adults.”) Ask anyone who has spent time researching their options. We propose that shared housing provides many benefits for seniors.

Consider my friend Sally. She’s an independent 84-year-old who lives by herself in an apartment in the middle of a small rural town. When we first met, she was trying to figure it out—at the request of her children—who naturally enough are concerned about her living alone. That was a year ago, and I haven’t heard anything more about it. The choices aren’t great, and I suspect she’s given up on the quest.  Like so many elderly seniors she will probably continue to live in her apartment until an incident happens—most likely a fall that causes a bone break. And then the family will swoop in and make decisions for her.

Part of the problem is that the options for an 84-year-old independent single woman are not all that appetizing. My friend Sally’s options are either assisted living in a nearby town or moving into a continuing care retirement community (CCRC).  In the former case, she would move into one room and give up both her cat and cooking for herself. In the other, she would move away from a life-long community of friends and activities. She’s lucky in one respect—she can afford these options with the help of her children.

Assisted living and Continuing Care Retirement Communities (CCRCs) are expensive. On average, assisted living can cost between $2,500 and $4,000 a month. The pricing for CCRCs is complicated, but consider that most of them have a $250,000 to $500,000 buy-in requirement just at the outset.  The idea behind the continuing care is that as residents needs change, they can move from independent apartment living to assisted living to nursing home or dementia care. Here’s a helpful chart put together by “A Place for Mom.”

On the positive side, these options do offer freedom from meal preparation and home maintenance. They often have social activities, and because other residents are also uprooted it can be easier to create new friendships. Some people love living in a CCRC and some hate it.  Costs for each of these options are hard to pin down. Many have a la carte options that can increase the cost of one’s residency.

A huge proportion of the elder population can’t afford to live in CCRCs or assisted living. A report from the National Investment Center for Seniors Housing & Care, estimates that slightly over half (54%) of the middle-income seniors will be able to afford assisted living rent and options. That means that 46% can’t afford it.

Many people are under that assumption that Medicare will pay for these housing options. It does not. Medicaid will pay a proportion of nursing home care if medical and financial requirements are met.

For the low-income seniors, there is a patchwork of housing programs that provide subsidies for housing. One of them is the Section 202 program managed by HUD (Housing and Urban Development). With vouchers, this program is designed to ensure that the senior in the program spend no more than 30% of their income on housing. This program is administered by the states and implemented differently by each state. Currently there are long waiting lists for housing and one in three who are eligible actually receive help.

The often-quoted 2010 AARP study, says that 73% of people surveyed want to “age-in-place.” What they were actually asked is: “How much do you agree with the following statement: ‘What I’d really like to do is stay in my current residence as long as possible.'” Since moving is one of life stressors—right up there with death and divorce—it is not surprising that reasonable people prefer to take their chances and continue to live in the homes they’ve had, like my friend Sally. However, very few homes are equipped to deal with the inevitable disabilities that accompany aging. According to the Harvard Joint Housing study, fewer than four percent  of homes are handicap accessible. Making changes to one’s home to accommodate loss of mobility, sight, and hearing can postpone the need for moving. But a huge problem for aging in place is becoming socially isolated.

According to a Pew Research analysis, seniors often spend more than ten hours a day alone. More than a third of those who live alone 37%, spend all their time alone.

Sharing Housing as a Solution

More people are realizing that combining forces with another person (or more) can be a solution to the problem of housing affordability. In fact, the numbers of people living with housemates has risen by 70% in the last decade from 1.5 million to 2.6 million.

Sharing housing also addresses the problem of social isolation. Having someone else at home offers spontaneous social interaction.

It doesn’t necessarily solve the problem of caretaking, getting help with activities of daily living (ADLs): dressing, eating, bathing, toileting, and moving. However, it’s quite possible that two or three home-mates who have developed a home together can forestall the need for direct help for longer than those who live alone.

Once my friend Sally really understood the benefits of shared housing, she began to consider that option. She would have to move, as her current home is not large enough for two people. She would also need to find a suitable home-mate. But the more seniors there are who are considering this option, the more likely it is to be able to find a good match. Currently, 43% of the senior households are single occupancy (Almost 12.85 million households!). The potential for shared housing is huge.