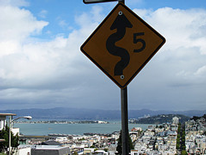 June is very selective in her housemates. She lives in San Fransisco in a two bedroom apartment where she has has multiple housemates since she moved in in 2004. She knows how to find a good housemate. Her housemates have become her best friends in part because she is very, very careful about whom she selects to move in. In fact the process she uses to selects friends is very much like the one I describe in “Sharing Housing, A Guidebook for Finding and Keeping Good Housemates.”

How She Finds Housemates

She writes an ad that she posts on Craigslist.  Conscious of the Fair Housing Act limitations and not wanting to be discriminatory, she describes herself. She knows she want someone who like her exercises and eats healthy foods and is close to her age. She wants her housemate to have an education. She also would really like it if the person also spoke her mother tongue and cooked food in her tradition. She also knows she doesn’t want someone who will treat the apartment like a hotel. Once she places an ad, she will usually have about 20 respondents interested.

She conducts the first interview on the telephone. “I learn a lot from talking to the person. Some people are pretty arrogant. Some have non-negotiable conditions. I’m gauging their personality. I’m looking for someone who is flexible and nice.”  She is also looking for someone who meets her conditions. A routine which does not include late nights is very important. She also does not want to rent to someone who has a boyfriend. She says she doesn’t have to ask why the person is looking for a place because it automatically comes out. She is also looking for someone who fits her lifestyle, her interests and habits. She likes to be in shape and to eat healthy food. She says it wouldn’t work for her to have a housemate who watches TV all day and eats junk food. “If we are getting along nicely in the conversation, I will invite the person for a second interview and to see the place.”

The second interview is in person. In this interview, the potential housemate sees the place and June gets an idea if this person is honest. “I want to feel safe in my house. Need to have a basic trust in the other person.” She does do a reference check. She talks to the previous landlord. Sometimes she asks for two references. She asks for a one month deposit right away. This separates those who are really interested from those who are not. She has had people promise a check and disappear. She has had others who scramble to get her the money. If she doesn’t find a good candidate, she waits. “Finding the right person is as important as in a marriage.”

June says, “I’m not the cleanest person in the world. People see that. I’m willing to work on cleaning the apartment once a month. One of my housemates moved in and spent two days cleaning. That was fine with me. She turned out to be my best friend, like a sister. When she got married, I was her bridesmaid.”

Asked for one piece of advice, “Do the phone interview first. If the person doesn’t make you feel good on the phone, don’t go forward with it.”