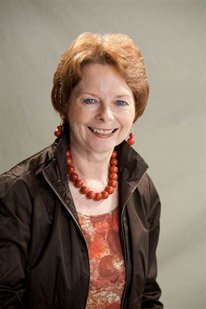 When we met, and Mari learned that about this work and the book, she immediately said,  “I have a great housemate.” Upon interviewing her, I discover her housemate is a great example of what I call a “home-mate.” These two living together are a great example of the benefits of shared housing.

Mari lives in the Boston area in a two-family house that she owns. She rents the first floor apartment and lives in the upstairs apartment where she has four bedrooms. One of them is her office and one is a guest room so she has one extra room in the apartment.

The first time she had a housemate was over ten years ago. At the time she was traveling for work 100% of the time, coming home every other weekend. She heard about a woman emigrating from Venezuela who needed a place to live. This woman had a boyfriend in the area. Mari says, “It was great. I had someone living in the apartment while I was gone.” This woman stayed a year.

Five, six years later Mari offered her extra room to a friend who was going through a transition. They thought it would be a month. One month turned into eight months as he dealt with uncertain finances and job changes. For Mari, he was a godsend. She was in graduate school and running a business. Her housemate helped with the home stuff, fixing things, shoveling the sidewalks, walking the dog, shopping for  and making dinner. “It was a great arrangement,” she says “He left a month before I finished school and I really noticed that he was gone and how much he had been doing for me.”

So in February 2012 when again the job world wasn’t working for him (he’s in construction, really iffy in these times) he moved back in. Initially he didn’t pay rent. “He could do so many things for me that I would have had to pay for, that it saved me money,” say Mari. “It was a barter arrangement.” When work picked up, he started paying rent.

They share meals, plan shopping together, cook and eat together, watch hockey games, and walk dogs (they both have a dog). A standing joke is that at some point in the morning Mari will say, “What’s for dinner?” Sometimes he cooks, sometimes she cooks. If she is still at her desk at 6:30, he’ll simply start making dinner. They do a big shop at Costco together about every six weeks and keep things in the freezer. Their tastes in food are similar.

Mari, “I really like having someone around. We have our own friends. Occasionally we do something together outside the apartment but not regularly….We have a neat partnership, helping each other out, and sharing of household responsibilities. I think what makes it work is good communication and mutual respect. We are mature adults, we look out for each other’s needs and care about each other.”

Exactly. They are a great example of home-mates.

Asked what advice Mari would give others about sharing their homes, she says, “Make sure you are clear to yourself first about your own expectations so that they are very clear to the other person and you have understood ‘rules of engagement’. Don’t let anything fester and deal with any problems right away.”

Right! And she hasn’t even read Sharing Housing, A Guidebook for Finding and Keeping Good Housemates. (Have you? If not, you can find it here.)

And in case you are wondering, it is a platonic relationship. Always has been.

Do you have a home-mate in your life?  If you do, how did you find that person? Tell us here.

Check out these articles about real people sharing housing: The Dog Caused Beth’s Home Share , Do One Thing Every Day That Scares You