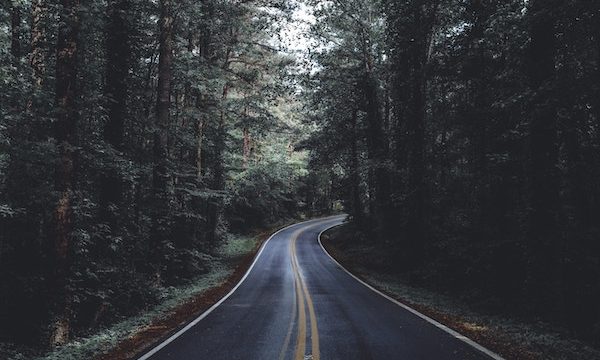 “I didn’t like the silence,” said Janet explaining how she ended up choosing a life of shared housing. At the time, she was living alone after the divorce in the house of her twenty-five year marriage. She also retired from stressful, more-than-full-time job as a litigator. Her experience of the silence was such that she says, “Even when I went out I took my loneliness with me.” Eventually Janet learned how to find a good housemate and discovered a better way to live.

As she was bemoaning her life with her friend Ann, Ann said, “Why don’t you move in with me?”  Ann lived in downtown Orlando in a fancy condo with a 24 hour concierge and expensive monthly dues. To afford this she had been renting a room on a regular basis, usually to younger men whom she found through craigslist. Her recent renter was moving out.

Now Janet was living in a three-bedroom house in the country with a large conserved wood at the edge of her property. Moving into the city was a major change but since Janet was feeling stale where she was she said, “Yes.”

Initially she moved in without selling her house. Once settled in a bit,  she decided she liked the change of pace of being in town so four months into living with Ann she sold her house. Two years later, Ann got very interested in a retirement community that was out of town. She got the bug to move there and though Janet looked at it, knew it wasn’t for her. “What am I going to do?”  Janet wondered.

She knew she wanted another communal situation and with the help of Ann who had been using it for years looked on craigslist. She immediately found a place with a woman 62 years old in a four-bedroom house a half mile from where her old house was. The woman was renting because her mother had died and she was looking for help with the expenses.

She moved in. Once back in in a rural setting, Janet realized how much she preferred the quiet and having trees around. But as she says, “I didn’t think to check about certain things before she moved in. Her householder smoked outside and enjoyed her wine. Once she started drinking she loved to hear herself talk. Her political views were opposite Janet’s and Janet realized that she needed to move. She stayed there two months.

She looked on craigslist again and found a middle-aged man with a three bedroom house that he rents out to two housemates. It was on a lake and in the country. There’s also a dog that she really likes. He needs help with expenses having switched jobs. The other renter is a retired artist. Janet’s housemates spend lots of time outside the house.  The householder has a girlfriend and the artist is out of the house two to three days a week. “It’s a nice balance of time to myself and knowing someone is coming back. You don’t get lonely when you know someone is coming home.”

“I like living in someone else’s house. I’m not responsible for things! If something breaks it’s not my problem. If a hurricane hits, I can pack up and move. I have a feeling of lightness. I could move to Asheville or Cape Cod. Could go at anytime. I love the feeling of nothing tying me down, no responsibility.”

Asked what she did with her stuff, Janet says, “I got rid of it and I was surprised by how easy it was. The furniture was old and threadbare. I donated to a local charity. Got rid of all the clothes – especially those that didn’t fit. All the things I thought were precious — books, moments of spiritual teachers….Gave the china and silver to a niece. The crystal I might have used six times. It felt so good to let it all go.”

Janet says, “My job was so stressful. The freedom from responsibility has benefited me in many ways. My sleep has come back. I’ve always been aware of becoming increasingly conscious and mindful. Living with others I’m always mindful of them. I’m a slob by nature, so I have to pay attention to picking up the common areas and the kitchen. This is good for me, my mind, my intellect.“

“I used to catastrophize. No longer. I figured out how to get unstuck. I’ve had to work through several changes, I’m no longer worried. I no longer have the fear about what the future will hold for me. Now I’m grateful, feel nurtured, and have a sense of my capability and the support I have. I have the best now, support, freedom and companionship.”

It is refreshing to hear Janet’s experience that letting go of all her stuff has made her lighter, happier. This is similar to John’s experience, “less is more.”  When I meet people interested in sharing housing one of the concerns is how to manage “stuff” the only word that encompasses all the things that we end up possessing. See that post on Is Stuff Your Barrier?

There’s also an important gem in her statement about living with others. She says that being mindful of them makes her a better person.  This is worthy of reflection.

Do you feel that the possessions you own, own you? Could you pare down what you currently have?

Do you notice that she used craigslist to find a place to live? Not once but twice? You can use craigslist effectively – you just need to be very careful. Here’s a post on that I wrote a long time ago. There’s also information in Sharing Housing, A Guidebook for Finding and Keeping Good Housemates.