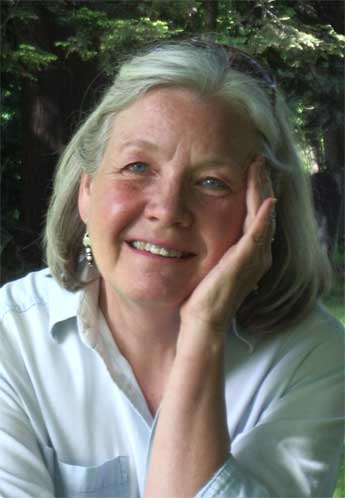 “What surprises me when I look back on it, is how easy it was.” This is what Nancy says about learning to rent on her own terms.

When Nancy was a newly divorced mother she rented a bedroom in her house to give her extra money for her children’s activities. With the money she was able to send her two children to summer camps, Outward Bound and pay for the other extras that are inevitable when you have children. Being able to make a little extra money is a common reason to share housing.

She lived in a comfortable three-bedroom, one and a half bathroom house in an affluent suburb of Boston with her daughter. Her son lived with his father, so one bedroom was empty. All the rooms ample in size and the one she rented was simply furnished.

She rented the room for Monday-Thursday only. Her renters were people who had a home to go to on the weekends but were in the area during the week for work. It worked out very well. Over the four years, she had numerous tenants, some for a few months, some for up to eight months. The tenants slept in the house, changed clothes and took showers. They never used the kitchen. They would work late, go out to dinner and just come back to the house for the night. Managing the one bathroom was easy. Nancy and the tenant would set a schedule for the morning use and never had an issue. Nancy asked for two months of rent upfront, first month and last month. She says, “I never had a problem with getting paid.”

Nancy had a very simple process for screening housemates. When a potential housemate called her, she would ask, “Why are you looking for a room to rent?” The way this question was answered would tell her almost everything. She says, “I would know in three sentences if it wasn’t a fit. I knew I didn’t want someone in my house, I wanted them in the room.” If you’re looking for a more thorough process, check out our tips on how to find good housemate.

It was a long time ago that Nancy was renting and she doesn’t remember very well the different tenants. None of them became friends, they were simply renters with a room in the house. She does remember how she once ducked a potentially bad situation. She had interviewed and accepted a young woman. When that woman showed up to move in, she came with her boyfriend. The boyfriend started asking all sort of obnoxious, pushy questions that didn’t sit well with Nancy. She right then and there gave the woman her deposit back and uninvited her to be a housemate. She also remembers her phantom housemate. “The best roommate ever.” She never lived in the house, but paid rent for the room to be able to tell her parents where she was living, while she actually lived with her fiancé.

Nancy’s arrangement is great example of knowing your must-haves and can’t-live-withs as described in Sharing Housing, A Guidebook for Finding and Keeping Good Housemates. Nancy knew she wanted a part-time housemate who wouldn’t be home very much and wouldn’t use the kitchen. This type of arrangement is possible in locations that have temporary or short-term employees such as hospitals, research institutions, universities, and corporations. It’s also an example of how adults can contract a mutually acceptable arrangement and share a roof without developing a relationship. Not everyone would want this arrangement, but it worked for Nancy.

Is this a model you would like to replicate? Do you live in an area where people are likely to need temporary housing?

Check out these other articles about women named Nancy sharing housing: How the Nancys Retired , Her Chosen Location Made Possible with Housemates