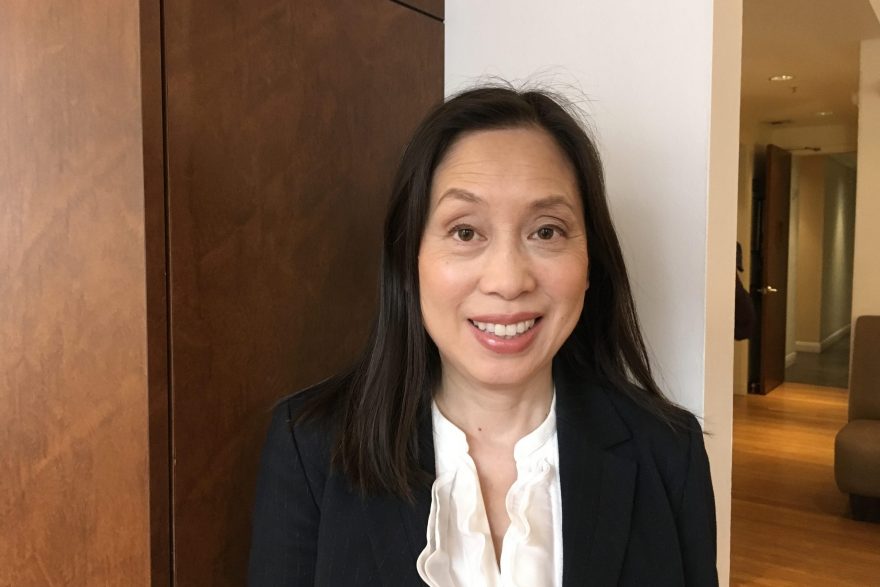 Valerie shares her home with two housemates, and finds there are many good reasons to share housing. Her house is one hour east of San Francisco in a small bedroom community. It has three bedrooms and two bathrooms and a backyard.  Valerie has the master bedroom. She bought this house in May 2018, after selling the condo which she bought in 2015.  In the condo, which was two bedrooms and two baths she also shared housing. When she moved her then housemate moved with her to the new home and then later moved out to live with her boyfriend.  Valerie currently has two housemates. Over the years Valerie has gotten pretty good at finding good housemates, and there’s a lot to learn from her story!

She got started on shared housing when she realized that 1) she didn’t like renting and 2) that in order to afford a mortgage she’d need help paying the rent. So she saved for a down payment over three years and bought the condo. She says, “Real estate is always a good investment.. You can make a nice profit.” Which she did when she sold her condo. Asked why she moved she says, “I want a backyard with fruit tree and flowers. I also wanted a garage.”

With this house she initially only had one housemate which made it tight on her mortgage but as she says, “It takes time to find the right person to live in a home.” Clearly she has some experience in living in shared housing.

All the housemates she has found have been through craigslist. She has tried Silvernest but hasn’t found anyone through that service. She’s not particular about the age of her housemate, she’s open to living with people 23-93 years old. She says “I don’t discriminate on age. I’ve had younger people who are mature for their age. The best for me has been women in their early 30’s, as they tend to be much more flexible and open-minded than someone in their 40s and 50s..”

I did get scared of being responsible for a medical emergency in my home. She would only sign a six-month lease and wouldn’t commit to a year. She did end up going to a hospital and then to a nursing home. She was still paying rent here. She didn’t renew her lease at that point.” Her adult children moved her things out. I really liked her. Anyone would have loved to live with Diane. She had a lovely spirit.”

Valerie says, “Never approve a tenant because you feel sorry for her.” When Alisha interviewed with Valerie, Valerie says, “She seemed like a nice person. She was between jobs but getting disability. She showed me her disability statement.” “The problem with her is that she couldn’t follow the rules. I don’t allow overnight guests.” She had an overnight guest more than once. This was really upsetting to the other housemate because the rule about no overnight guests was one of the reasons she had moved in. Valerie says, “I wanted to evict her, but I didn’t think that it would be a good enough reason.” When Alisha didn’t pay the rent, Valerie has a reason to evict her. But then Alisha refused to move out. Valerie finally offered her cash for keys. In this case the sum of $80. Valerie also ended up packing up Alicia things and needing to paint the walls. Of this whole experience Valerie says, “Don’t accept nice. Do your research and due diligence. I will accept people who aren’t working if they have savings to cover the rent. They show me their bank statement. I also do a credit check to know what their credit card obligations are and to see if they have a good history of paying bills on time. ”

Valerie had Covid-19 which has created various dynamics in the house. While she was sick she isolated herself in her room and bathroom. One housemate, Alicia, was kind and supported Valerie  by heating up my frozen food, cleaning my silverware, watering my plants, picking up my mail, and taking out my trash.

Valarie says, “Alicia quarantined at my house for 14 days and I quarantined and self-isolated for 10 days per my doctor’s orders. According to my doctor, I was contagious four days before my first symptom (intense chest pain). That is why I was required to quarantine and self-isolate for 10 days whereas everyone I came into close contact with for more than 15 minutes was supposed to quarantine for 14 days and get tested for COVID, but not all of my friends did that. Both of my housemates tested negative for COVID shortly after I received my positive test results. Both of them were still required to quarantine for 14 days despite having a negative test result.”

“I think I caught COVID by riding on the BART train once a week for two hours roundtrip. Everyone on BART wears a face mask, but many passengers pull their face masks down below their noses and there is no way to practice social distancing due to the limited number of seats on the train. “

When she came back she imposed her preference to be alone in the kitchen while making a meal. So there’s now a schedule about who is in the kitchen when that isn’t so great for Valerie. The kitchen has been where Valerie works when she works from home four days a week since she doesn’t have a private home office. “At Flora’s request, I bought another card table so I could work from home in the living room instead of the kitchen. Flora rarely uses the living room, and spends a lot more time in the kitchen because she cooks frequently.”

Over the years that Valerie has shared her house she has developed a six-page living together agreement. She’s found that its useful to document some things she didn’t think would be necessary such as how to do the recycling and the guest policy. In this house once a month a different housemate is responsible for cleaning the common areas, which includes the living room, kitchen, hallway, hallway bathroom, laundry room, and all the floors.

Every has their own food and uses their own plates, flatware, pots and utensils.  If a housemate doesn’t own their own basics, Valerie has invested in a set that they can use. Two refrigerators make managing separate food easier. One fridge is in the garage and is for one person. The other shares the kitchen fridge with Valerie.

For Valerie the reason she shares is because she couldn’t afford her house on her own. She loves having a back yard. She says, “With the right person/people can be a lot of fun! You can hang out and do things together which is an emotional benefit. It’s a tricky passage to find the right person!”

Read more about how to create a goof shared housing environment: How To Recognize a Bad Ad on Craigslist , The Golden Rule and Its Mate