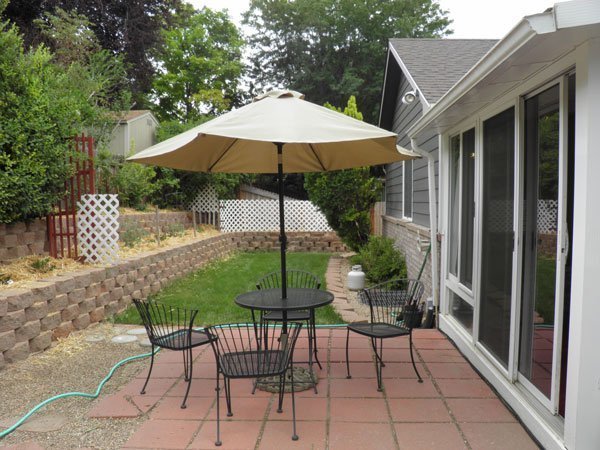 Here is an innovative idea. Invest in shared housing.  This is what Jude and her husband have done.  They created a shared house with six bedrooms that they rent out as a house share. They do not live in the house. This can be a brilliant way to reap the benefits of shared housing, even though you know yourself and it’s not for you personally.

It all started when Jude and her husband bought a house from family members. They renovated it and sold it and then needed to buy a similar property so as not to have to pay capital gains tax. This was done through an IRS code 1031. Though they weren’t interested in a new project they found a house that just spoke to them. They loved the layout.

It’s a six-bedroom ranch house with three bedrooms upstairs and three bedrooms downstairs. It has a ramp to the front door. There are three bathrooms, two kitchens, and two laundry rooms all on one floor, with a full basement with egress windows (large enough to use to leave the building in case of a fire). They considered setting it up as an assisted-living house and looked into what it would take in terms of renovation and what the regulations are. Deciding that the regs were more than they wanted to manage, they decided to create a home share house for five women ages fifty-five plus. The sixth bedroom is the guest room. There is a city ordinance that limits the number of unrelated people living in one house. They did renovate a bathroom to create a walk-in shower and put grab bars in the bathrooms.

Two women have been in the house since they started. Others have come and gone.

When A Vacancy Occurs

When a vacancy occurs, Jude advertises on craigslist, Silvernest, roommates.com and the local list serve, NextDoor. Of all of them, craigslist has been the most successful. She says, “It’s the go-to location.” She usually puts the phrase, “Women 55+” in the subject line of the advertisement. Because they are offering senior housing and there are shared bathrooms, it is legal to advertise for women specifically and doesn’t run into conflict with the Fair Housing anti-discrimination laws.

Jude receives the inquiries and talks to candidates on the telephone. She also meets with them in person somewhere public to assess the person. If she thinks the candidate might be a good match, she asks her to fill out a questionnaire she has devised. The questionnaire asks why the person wants to live in co-housing, what her personal schedules are like, what her pet peeves are, hobbies, and seeks to find out what she is like prior to the interview. The profile questionnaires of all the tenants and potential housemates are shared with the other residents before the interview takes place. That way, everyone can formulate good questions for the interview and get a feel for the person they’ll be living with.

She also runs a criminal and financial background check. “I’ve never had to turn anyone down because of a criminal record or credit issue. I do talk to them if the rent I’m asking is more than 30% of their income.” She has rejected candidates because it was clear that they wouldn’t fit in the house. There was one person who didn’t like to clean up after she ate and wanted a housemate to clean up after her if they traded for another chore. As Jude says, “That set-up was just not going to be good from the get-go. Some people just don’t read the ad well enough, like they have a pet and it clearly states that no pets are allowed.” It’s only after she has determined that the candidate can go forward that the candidate learns where the house is. This is a prudent security measure.

She also says, “My husband and I have installed keyless entry locks on all exterior doors. This is so that whenever someone moves out, we can change all the entry codes without expensive re-keying. The garage door code is also changed. By the way, all bedroom doors also have a keyed lock. Although not everyone locks her bedroom door when she leaves, this option is much appreciated.”

Jude has the residents interview the candidate and decide whether to offer her a place in the house. Jude is never present for this interview and thinks there’s an advantage for all if they manage the interview process on their own. She says, “I want them to make the decisions. I don’t want them to feel pressure at all. I want them to be happy and long-term.” If everyone agrees that the candidate is a yes, the new tenant is offered a six-month lease. This time period provides an out in case the arrangement isn’t working. At the fifth month, Jude inquires of all the residents if it is okay to renew the lease for the new person. She requires unanimous agreement to continue. There have been two occasions where she has not renewed a lease. But if the renter is okay, she will be offered a six  or twelve month lease depending on what the renter wants.

The original household agreement was developed by Jude. She says, “I hand it off to them to let it work for them. It’s a dynamic document and I expect that it will change. The tenants have also initiated a ‘Good Things to Know ‘ sheet that includes the location of the fuse boxes, reminders of trash/recycle/compost pick-up days, location of fire extinguishers, main water shutoff, how to turn off the fire alarms, etc. These are documents that are revisited from time to time and I encourage the tenants to improve them.”

The residents are required to take care of the lawn, gardens and shovel the snow. Not all the women are physically able to do all these chores. As a result, there is more sharing, breaking down the tasks into more manageable pieces, and trade offs. Jude supplies the lawnmower, hedge trimmer, grass trimmer, sprinklers, hoses, shovels, rakes and other items needed to take care of the exterior of the house. She also requires that everyone have emergency contact information for each other.

The rent ranges from $640 to $815 and it includes $100 per resident to cover all utilities. If it ends up that utilities cost more than $500, Jude will let the residents know. Each resident pays a damage deposit equivalent to a months rent. Jude says, “I had to raise the rents this year as the leases expire: $15 to cover the 25% increase in property taxes and additional increases in utilities. Since I pay all the utilities, TV and internet, there’s not an interruption issue when tenants move out of who was paying which bill.”

Asked about managing furniture and such Jude says, “One of the surprises has been how little furniture some of the women have had. There is a large storage room which all the women share and there’s quite a bit of empty space. My husband and I were initially worried about what the tenants would do if 3 or 4 of them had dining sets. As it has consistently turned out, all but one has had to buy bedroom furniture and they have had to acquire most other furnishings as well. Lee and I happened to have had an extra patio set and a few other random pieces that the ladies are now using.”

Jude has seen that the house has not evolved into the sort of relationships that some desire as depicted in the sitcom The Golden Girls. The current residents don’t eat together very often and have independent lives. However, they do support each other. For instance, when one had to be taken to the emergency room, her home-mate took her there and waited with her.

When asked if the setup is working for them as an investment, Jude says,  “Yes. It’s a real win-win. They have rent cheaper than they could get anywhere else. Its a super niche. Boomers are in need of housing that is affordable, nice and safe.”

This is such a smart idea and there are several elements that are worth emphasizing.

First, Jude takes responsibility for all the initial screening. In this way she makes sure that she is comfortable with who moves in, and it takes this piece of work away from those living in the house. But once the candidate passes the basic screening, she leaves the actual interviewing for household fit to those who live in the home. It is in these conversations that the groundwork is established for living together. This is really important. The group then takes responsibility for its own life together and making it work.

Second, the initial lease is only six months. This is both long enough to get past the honeymoon phase and short enough to remove someone who turns out to be an undesirable home-mate.

Third, Jude has created an initial interviewing guide with some twenty-five questions to aid in talking about the important aspects of sharing housing. She gives them guidance but lets them do it themselves.

Finally, there is the household agreement that is a dynamic document and maintained by everyone in the house.

All in all, the idea of  investing in shared housing could be copied by others.  Jude, in fact, is working on a book about her experience. Stay tuned, I’m sure we’ll have links to it when its done.

Learn more about the practical side of shared housing, and how to save money: Why the Rent Hike? , Lease or No Lease?