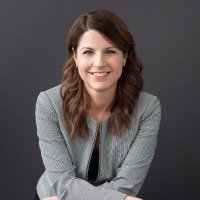 “I’ve got the space, why not share it?” is the question Jennifer asked herself when she started living in shared housing, this time. She loves living with others and is currently moving out of one shared housing arrangement into another.

Jennifer has been sharing with Abigail (not her real name) for the last three years in two different houses. But now, Abigail is moving to another part of the country and is selling the house that Jennifer and she live in. It’s all part of life and the reality that housemates have independent lives.

Jennifer says, “I met Abigail at a business event. We clicked instantly and discovered we were both planning on going to a conference that was out of town. Because I was late in registering for the conference, I wasn’t able to book a hotel room, so I was planning on commuting from home. Abigail said, ‘Come share my room’, and I said, ‘I’ll bring the wine.’”

“We ended up chatting all night. At the time I was living in a large four-bedroom house, my last child was moving out and I was just going through a divorce. Abigail was in the early stages of separation and divorce.” I said, “You will have a tough year, I’ve been there. I’m happy to listen and if you ever need a place to get away, just feel free come to my house. The key is under the propane tank.”

The friendship developed. Jennifer says, “I invited her to move in, knowing that in the first year of marital separation managing finances can be difficult.” She explains that for twenty-two years she was a military wife with plenty of moves. Hence she says, “I’m not attached to a structure, what’s important is people being together. Over the years I was used to taking people in, so it wasn’t foreign to me to have somebody in the house. I think, ‘I’ve got space, why not share it?’”

A year later, Abigail’s divorce settlement gave her a small house that she and her husband had bought as an investment property. At the same time, Jennifer’s ex-husband, who was a co-owner of the four-bedroom house was moving back to the area and decided that he wanted to live there. He wanted a big house! So Jennifer and Abigail moved together into the small house. Jennifer says, “The timing was amazing! I helped fix it up for moving in. I love to do that sort of stuff!”

Jennifer says, “I’m good on downsizing and keeping rooms clear,” so when Abigail initially moved into the four-bedroom house, Jennifer had a guestroom all set so Abigail just moved in with her clothes and her shoes. Jennifer says, “You should see her shoes, she really knows how to rock a heel!”

Moving into the smaller house was a bit of a challenge. This time they were both bringing furniture into it. They managed it by looking at an item and gently saying, “Well we don’t really need this, and do we really need to keep this?” Jennifer continues, “Some stuff is attached to memories but we all just need to let go of things, so the big question was, ‘What are we keeping?’ I had a lot of big furniture and I just needed to be able to say ‘it’s gotta go.’”

Jennifer used to be in the business of helping seniors downsize. She says, “When downsizing, there are five categories: what to sell, what to keep, what to store, what to trash, and what to donate. It can be brutal to make these decisions. It’s not comfortable but you have to do it. I just gave things away.  I didn’t try to sell them. Most of us spend way too much money on storing stuff. Some people spend thousands of dollars to save hundreds of dollars.”

When they were moving into Abigail’s house they had a quick negotiation. She said, “I was thinking about this much.” I said, “What about the utilities?”  She said,  OK and added some money.  We agreed that if anything feels unfair going forward we’ll talk about it. And the truth is the both of us are overly concerned that it’s all fair and sometimes we overcompensate for it. For instance, I will take her out for dinner as a thank you for something she’s done for me, and she does the same.

“Mostly we share food. I do the bulk of the food shopping because I like to do it and I have a couple of hundred dollars off my rent because I do it. The fridge is stocked with the basics. Our food preferences are very similar, although there are a few things that might be specials because the other person doesn’t eat them. For instance, I don’t eat any shellfish for meals. We communicate during the day as in “Are you home for dinner?”  It’s almost like a husband and wife… we always make enough for two whether or not the other person will be there because then there are leftovers and we both appreciate having leftovers to eat. We don’t have a set schedule for dinner and we each take care of our own breakfast and lunch.”

“Abigail is messier than I am. I am a neatnik which is why I do the bulk of the cleaning. Two times a month we have a house cleaner and we have that cost so that’s kind of wonderful because we get two cleanings a month and I only pay for one.”

“I had a dog when we started home sharing. My dog is a Labrador and Border Collie mix, a really sweet dog with lots of energy and a lot of sweetness. At one point, Abigail spent some time taking care of her mother and while there adopted a dog, Buster. We were a bit nervous about how the two dogs would do with each other, but we needn’t have worried. They love each other.

“However we had a little bit of a problem because we have different ideas about whether animals belong on furniture. I don’t like dogs on furniture and she doesn’t mind it. Most of the furniture we sit on in this house is mine and so this became a point of contention. We had to work it out. Our compromise is that all dogs are welcome on her bed, no dog is welcome on my bed.  No dog is welcome on the light-colored couch but dogs are OK on the big couch assuming that there is a blanket covering it. This is a way we can all live together. Both dogs sleep with her.

“This was an issue I realized we needed to fix it right away because I really, really don’t like dog hair on couches. I knew we needed a chitchat and we found a solution. Other than that, having the two dogs has worked out very well. For my job I’m either working at home or on the road. When I’m home, I take care of the dogs. When I’m traveling for work Abigail takes care of the dogs and we have a dog walker during the day, since Abigail leaves home to go to work.

“We had a few run-ins around guests mainly because the guestroom is also my office and what I found was that her guests were using my bathroom, which was not comfortable for me. So we figured out how to make it work with the guests. My two grown kids love Abigail. Initially, I was worried that my kids would consider it weird that I have a housemate but now they think it’s grand.

“I pay for cable and Internet because I work from home. She pays for the water and the gas and wants to have those bills in her name.”

“For instance, vacuuming is my thing. It’s how I think. So when Buster came to my house I had to vacuum more often. Abigail thought I was pissed about it since her dog Buster is big and sheds a lot. She said, ‘You want me to move out don’t you?’ ‘No, I’m just vacuuming. It’s fine,’ I said to her. ‘I’ll tell you if it’s too much. Trust me. I’ll be honest.’”

While living with Abigail, Jennifer made a new friend in the neighborhood. This friend would say, “Hey, maybe we can share housing when Abigail moves.” So when Abigail decided that it was time for her to sell her house and move, they started planning on living together. They have found a place to rent and are moving in together this month. We’ll find out how it goes in a few months!

Notice how Jennifer and Abigail started their relationship. They clicked at a business meeting. Abigail made a generous offer to Jennifer to share her hotel room. Jennifer then reciprocated by offering her home as an escape and then as a home. The initial offer was a bit of a risk but was limited to the duration of the conference. If it didn’t work out it would be short-lived. Then Jennifer made an open-ended offer to use her house. Abigail might not have followed up on it but she did. That laid the foundation for the ensuing home-mate relationship that endured an entire move to a smaller house. This is one way relationships develop—through a cascade of offers and acceptance. An openness to what might be possible. Notice also the reciprocity. It takes that to grow a relationship.

Jennifer’s emphasis on communication is similar to our “Do it While it is easy” principle for living well with others. Speaking up about something before it becomes a big deal is invaluable in having a comfortable home. I also like Jennifer’s admonition to “assume a positive attitude.” It reminds me of The Four Agreements, (Don Miguel Ruiz) a book  I swallowed whole. I adopted the agreements – and it changed my life.