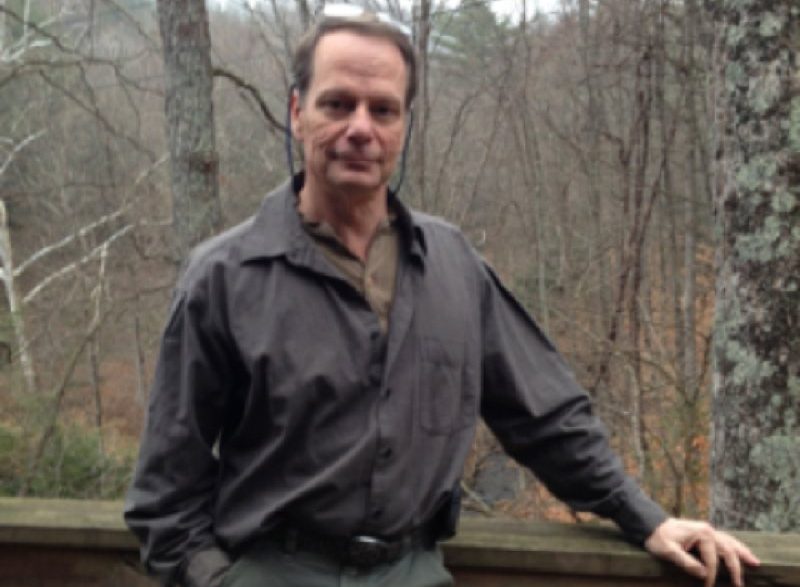 “Less is more” says John, 56, former wildlife biologist, landlord and husband. He had the whole kit and caboodle; the house, the job, a child, and multiple titles and responsibilities. Now he’s sharing a three-bedroom house in the country with another 56-year old (as it happens) and says, “I’m so happy.” As your life changes, remember to check in with yourself and figure out what you need from your housing.

“Possessions possess you,” says John. He’s pared down what he has to what doesn’t  fill two bureaus, but it took four years. He gave away tools, books, and furniture. He sold property. The paring started with a divorce from a twenty-year marriage. It also represents a transition from career  employment to self-employment as a healer.

Moving to a New Area

John moved to southern Vermont from Massachusetts. For the first year he lived in Brattleboro, renting a room in town. He wasn’t particularly particular about what he was looking for. He found that he didn’t like living with housemate’s stuff all over everywhere all the time. Though he managed by saying to himself, “What’s it to you?” when the lease was up he went looking for another place to live.

He used craigslist to find an available room that was “functional and had some standard of cleanliness.” He saw four or five places and got a sense of what was available.

He chose his current situation for a number of reasons. The ad was clear about the intentions, the needs and the wants of the owner. “It wasn’t ambiguous,” says John. When John saw the house he realized it “was a sweet deal.” The owner was remodeling. The kitchen was new; new appliances, new countertops, and freshly painted. The owner himself is doing the remodeling and though there were rough edges and things weren’t quite complete, John saw that the owner was a “highly functional skilled craftsman” and would get it done. Also there was space enough for the few belongings John does have. The owner had the furniture including the bed and bureaus in John’s room.

There are two bedrooms on the second floor. John’s bedroom is on the first floor. He and his housemate have an unstated common understanding about common areas. “Your stuff says in for a polite amount of time and then goes back to the room.” The house is generally quiet, though occasionally they will decide to have a party together.

The owner, says John, “has 75% of say (about the house) I’ve jettisoned control. I realize that and it’s fine. I have input on how house is run but I don’t get uptight about how it is run.”

The owner has a regular job and leaves the house during the week around 6:30 AM. John knows when to expect that he’ll be around and when not. John is self-employed and has a flexible schedule.

There is one big “beautiful” fridge. John and the owner each have a side of the fridge. They manage meals and food separately, though occasionally they’ll eat together. This is done by invitation. For instance, John’s housemate will wake John up on a Saturday morning by calling, “I’m making French toast.” Or if John and his girlfriend are making dinner they’ll invite him to join them.

John has had a girlfriend for most of the year and half he’s been living in the house. The time that they spend together is divided between their two homes and being other places. John figures it’s about time in each locati

For most of the last year and a half, John’s housemate has been single. He isn’t any longer and it is looking like it is a serious relationship. This changes the house dynamics quite a bit. Fortunately the new girlfriend is liked by all and is very familiar with group living situations.

Though there is very little that is spoken, John says, “I think we’re good at noticing the other’s contribution and not focusing on our own.” “People don’t see what they don’t see, so don’t get caught up on what you do see.” “I might wash his cereal bowl” that was left in the sink. “I might not have noticed the three times he did something like that for me. I watered the Christmas tree. He probably will never notice.” or the owner will gruffly say, “I bought you milk,” which is a tacit acknowledgement that he was returning the milk he had taken from John. Recently John’s girlfriend made a wreath for the house.

John comments, “We stay away from a tit-for-tat accounting, and while our separate responsibilities for the house are clear, the little acts of helpfulness and generosity build a relationship and an atmosphere of helpfulness.”

I would guess that the acts of generosity also build a friendship.

Notice that John got interested in the space because the ad had good information in it. If you are wondering how to write an ad check out this article.

In my experience, a new relationship for any housemate throws the status quo off balance. The new person becomes a part-time housemate. Many of the stated agreements and unstated expectations of the “way we live together” are upset. It can be unsettling for the household and requires recalibration of the arrangement.

This is the first time in my years of interviewing real people sharing housing that I’ve found men living together who aren’t partners. I’ve wondered, as have others, why men are less likely to consider sharing housing. Is that true?  What do you think?

Read more about how to make the move to shared housing: Silvernest: A Home-Mate Yenta , Do It While It’s Easy