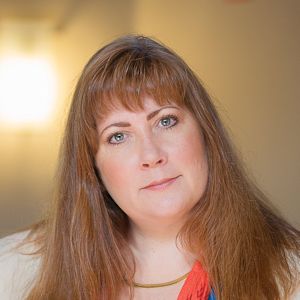 “Living alone is overrated,” says Cathy, 51, who spent thirteen years of her adult life in a sweet, small, single-family house in a small town in New Hampshire near her family. She now lives with her parents and a brother in a large Victorian house with a large barn. It’s the house she grew up in.

Cathy says, “We are social creatures.” It’s okay to come home and decompress but then “You might make something really, really good for dinner and there’s no one else to appreciate it.” Together they’ve learned to enjoy the benefits of shared housing.

When she got the place to herself it was after years of having housemates in the Boston area. She was used to having a good circle of friends through her twenties and thirties. Her housemates remain friends to this day. “We all got along pretty well. I think I’m pretty easy to live with.”

She moved back to New Hampshire and decided to live alone. She started “a new chapter of my life.” The house she rented was owned by the parents of her sister-in-law. It was on their property. “I had a place to entertain, with a grill, a deck, a full bar, but I discovered that my friends were busy. They’d married, had children, they didn’t want to come out to the country. I was very alone. I didn’t expect that. When one of my very close friends got married, it was like I got a divorce. I was depressed for awhile.”

She had her family. Her parents were ten minutes away. Her brother was ten minutes away. When his kids came to over to see their grandparents they also visited with her. Then her brother, sister-in-law and their children moved to Colorado for a job and she no longer had visits from them. The “nice family circle” that had greeted her and existed for ten years shrank.

The move into her parent’s house happened gradually. When Cathy’s mom twisted her ankle badly right before Christmas, and packing to go to Florida for the winter, Cathy moved in to help her out. When Cathy was there, she says, “I realized how much I missed being a part of a family on a day to day basis. I’m really close to my mom. Not everyone is close to family, but I am.” So that winter while her parents were in Florida she sent them a letter telling them she wanted to move back in. She did it in a letter because she wanted to give them time to mull it over. She had once asked her ma, “You know mom, I wonder how you’d feel if I moved back in – just for a time?” Her mother’s reaction was, “You wouldn’t want to do that!”

Well yes, in fact she would. She moved back into the house in the spring and has been there now for five years. She pays some rent and has two rooms of her own, a bedroom and an office. Asked what she did with her stuff, she laughs and says, “In a three-story Victorian with a three-story barn, there’s plenty of room.”

Sharing the Work and the Love

She likes to cook and has taken over responsibility for dinners and often shopping for food. After years of cooking for a large family, her mother is happy to relinquish responsibility for meals. Both parents are over the age of eighty and her mother has been in and out of the hospital with heart surgeries. Everyone chips in on cleaning and managing the household in an unscheduled and cooperative manner. Her father is the “Dish Elf” who often cleans the kitchen in the middle of the night as he’s awake with insomnia. Her brother sets and clears the table and does other tasks such a shoveling.

Cathy says of her parents, “They have increased the quality of my life. I’ve increased theirs.” She is pleased that she has been able to spend time, energy, and money on upgrading and redoing various rooms in the house, including the master bedroom, TV room, bathroom, dining room, study. She’s put in six flower gardens, gardens she enjoys with her mother in the early mornings.

She’s realistic about the fact that it isn’t always perfect. Much as she loves to cook and make dinner, there are times when she’d prefer to work late at the office but feels obligated to go home. She doesn’t get to “be a workaholic.” Sometimes, there are phone calls when she’s out for an evening and the parents haven’t remembered she’s not coming home and they are wondering where she is. She’s aware that it’s not as easy to have people over socially, but she says, “People wouldn’t come over in the past, anyway.”

She says, “It’s a different life style, I don’t regret it.” And continues, “If you have good relationship with your parents, you may have to compromise more than you feel you should have to; however, remember to be grateful. It will be worth it. No one will ever love you like your parents do. Unconditionally. Even when we fight and get upset hugs happen and bad feelings disappear. Love is always there.”

Not everyone wants to live with their parents or believes that it would be a good life. Cathy admits that she is unusually close to her mom. But even where the bond is not so close, there is something about family. It is only in post-World War II culture that we think it is so unusual to live with parents in our adult years. Other cultures (Indian, Hispanic, Arabic) expect family members to live together. There’s another blog post here, about a multi-generational setup where the mom moved to be close to the daughter. In that case, the mother was hesitant to ask if it would be okay and the daughter was delighted.

Could you live with your parent? Why? Why not? If you are older would you feel about having your child live with you?

Read more about navigating relationships and sharing housing: Pressured to Move Closer to Adult Children? (How to Get Them to Stop.) , Why You Shouldn’t Have Sex with Your Roommate