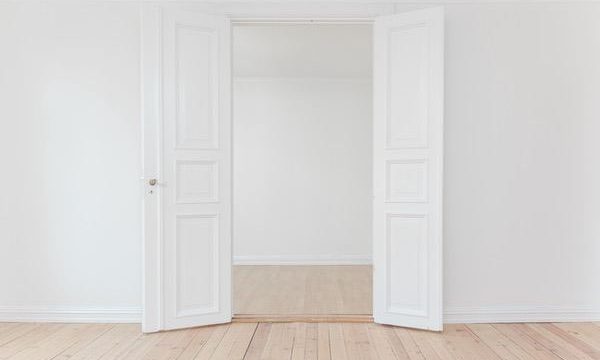 Congratulations! You now have a home-mate. So does that mean you’re done? Not quite, it’s time for making room so your housemate can move in easily. All of this is part of the housemate selection process.

After my ex moved out of our flat in San Francisco, I immediately started the process of looking for a flat-mate. For me, it was a relatively quick to find someone in part because I had a beautiful flat in a neighborhood that was becoming more popular. It was affordable and it had an established community of grad students, families with young children and professionals.

After Nick signed the sub-lease and gave me the security deposit and the first month’s rent, we agreed that he would move in within two weeks. So now that the hard part was done, I could rest easy. Not quite.

Time to Clean Up

After a week of having the place to myself, I realized that time was short and it was time to clean up. I had to clear out of the master bedroom, which would become Nick’s bedroom and clean up the bathroom that would become his.

Now I have to be honest, moving out of the larger bedroom and cleaning out the closet was no physical big deal. After the ex-beau had moved out, I didn’t have that much furniture. He had taken the two dressers, the queen-sized bed, and left me with a small night stand with drawers, a rack of shelves, and a twin-sized bed that had been in his home office.

What was hard for me was the emotional clean up and coming to grips with the finality of the relationship. There was no begging to come back. There was no realization that a huge mistake had been made, and that we would continue to live as a couple for the rest of our lives.

Instead, I found myself during that short clearing out period, making excuses to take the dog out for several long walks so I could wrap my head that I would have a seemingly nice man living with me, but one who might be there to park his stuff and not have anything to do with me.

The thought of that made me sad, but also lonely. The reality was that I needed someone to help me pay the rent, but I was also hoping that my flat-mate would become a friend.

By the end of the evening, I finished clearing out the room and closet. The bathroom was a quick mop since I never used it. That night, I slept in my new room feeling as if I was the newcomer to the premise, not knowing whether this new arrangement would last or not.

As it turned out my worries whether Nick would become a friend or not were quickly set aside. He was friendly open to sharing meals, renting videos together, and just hanging out together. But the lesson I learned was that making room and clearing space for a new flat-mate was the easy part. What I hadn’t anticipated was the difficulty of moving the emotional baggage.

There’s no question that making room in your home for a house-mate might be disruptive. You might have furniture that you might have to sell or donate. Cleaning could be challenging especially if the room needs repairs or a paint job. As you decide to rent out a room or two, be prepared for what it could mean emotionally to let that particular room go to someone else who isn’t a spouse, a parent, or a child. At first you might think it’s just a room, but it was at some point a room that held memories of a time that’s part of the past. When you can look at that space and say, “This room could be put to good use by renting it out to someone” then you’ll know you’re ready to move on and clear it out.

The question of stuff is vexing. Here are other articles about it. Why Letting Go Of Stuff is the First Step, and Is Stuff Your Barrier?