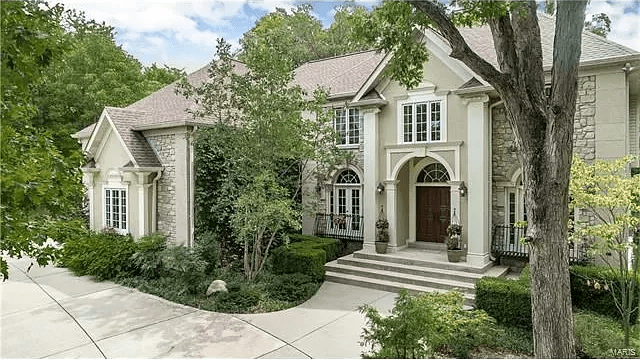 Nicky says, “I believe as we age, living in community is important and it is harder to have community as an older person.” While lots of people agree with this in principle, they usually don’t act on it. Nicky is different. She acted.

Nicky bought a house with her friend Mary almost four years ago. At the time, Mary was living in a home that was becoming too much to manage and Nicky needed a place to live. Both of them were pre-retirement and divorced. Mary has adult children, Nicky has none. Says Nicky, “The time was right, and we had the opportunity to do it.” They realized that by pooling their resources they could afford a better house with space for all their needs, and have some disposable income. Owning a home together was a win-win!

The House They Own Together

The house they found fulfilled many of their requirements. It was a five-bedroom house where every bedroom had its own bathroom – even with a jetted tub! (The house had been owned by a plumber.)  As Nicky says, “This afforded us the space for grown people to co-habitate.” The main floor has an open-concept living area of a kitchen and hearth room, formal dining room, living room and powder room. The house is large enough that everyone has space that is their own that is not their bedroom. Because they own together, they were able to create spaces to satisfy their individual needs. A room that might have been a den has been repurposed as Nicky’s bedroom because she has older dogs and doesn’t want them to have to climb stairs. A four-season sunroom is off the kitchen.

They were able to renovate an unfinished basement to create a fully functioning apartment with high-end finishes and wheelchair accessibility. On this ground floor there is a laundry room, a gym, and another full bathroom. If they need to they can move into the accessible apartment and convert the gym into a living space for a caretaker. Their joint house allows them to create an ideal space for living together as seniors. Meanwhile they rent the apartment, creating another venue for additional income. Next spring the mother of their current renter will move into the “West Wing.”

Owning Together and Money

Joint ownership may seem tricky, but it provides a safety net for both parties. When they purchased the home, they worked it out so that Nicky owns two-thirds and Mary one-third. If one of them dies the other has the “right of survivorship” and will be able to stay in the house. They each have a life-term policy that would pay their share of the expenses for a period of time. In this way the survivor isn’t suddenly wholly responsible for all the house costs, and can plan to move forward.

To manage daily costs easily, they have a household account. Into this account goes the rents from their tenants. This account pays the household expenses—lawn service, water bill, maintenance improvements and payments into an escrow account. They are working towards setting aside a year’s worth of expenses as an additional safety net.

What You Need to Know

Owning together allowed Nicky and Mary to build a home they would have never had alone, but it’s important to remember that shared living is about building a relationship too. When asked what she would say to others considering shared housing, Nicky says, “People need to commit to giving it time before making a decision to give it up. It can take time to work through an issue.”

Nicky and Mary’s beautiful house doesn’t make their lives perfect, but by pooling their resources they were able to create solutions to their problems together. “When people do share housing, it should be a move up to compensate for the loss of autonomy. Here, everybody feels like they’re getting a ‘win’. This house is better than what we had alone.”

Check out this other article about how Jude Invests in Shared Housing as an economic solution!