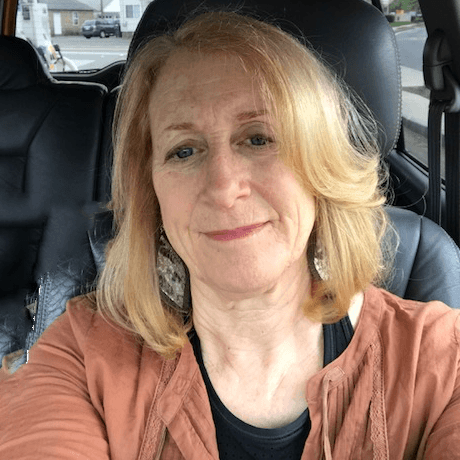 I first met Carrie on a tour of Pioneer Valley Cohousing following the Northeast Cohousing Summit. A little later, she invited me to join her and five others to bring our dinner plates from the common house to her lovely space and eat together.

Carrie rents a space in the cohousing community. She is an older college student who was accepted into the Ada Comstock Program at Smith College. At the time she was living in her own condominium on Bainbridge Island outside of Seattle, Washington. She put her belongings in storage, rented the condo and moved to Massachusetts for school. Cohousing is just one of many ways to share housing, but it provides many benefits.

Getting the Word Out

She was clear about her direction, she says, “I did not want to live alone or with strangers in a house. I reached out to anyone I knew (in the area) when I was accepted to Smith.” One of her connections lives in Pioneer Valley Co-housing. That friend put Carrie’s quest for space on the Pathways community listserve, a separate co-housing community in Florence, MA, because she wanted to live close to Smith campus. Two people responded from Pathways one with a room, and one with a house.

Carrie interviewed the person with the house via Skype. They showed each other their houses by computer and talked about what was important to them in keeping house. The woman at Pathways wanted to move to Cape Cod to pursue a dream of writing poetry and playing music.

Carrie ended up renting that house in the Pathways Community. One downside for her was that the community didn’t have meals together, which she found she minded. (Every community is different with different governing rules.) She rented the house for nine months, then left for the summer to do an internship. Meanwhile, her landlord developed health issues, so she moved back into her house and Carrie had to look for housing again.

Carrie again put out the word to the Pioneer Valley Cohousing friends. This time she was put in touch with owners Amy and Mary, who had space in their house in a finished walk-out basement with a private entrance and a mini-kitchenette. She rented it. Even though it is farther from Smith Campus, she likes this community, which does have twice weekly meals together. She finds it a more cohesive group.

Carries space is not large, but it is comfortable. The room has a double bed, a sofa, a small table with two chairs, and a desk where she studies. With many windows, it has plenty of light. A small room to the back houses the kitchenette, which is equipped with electric appliances: microwave, refrigerator, hotplate, sink, and a convection oven. Theres a full bathroom with a shower. The washing machine and dryer for the house is in Carrie’s space, so everyone cooperates on when they are used. Says Carrie, “We are respectful of each other’s space.” They go back and forth between each other’s spaces using the interior staircase, knocking on the door that separates the apartment and their house. Theirs is a comfortable, friendly relationship.

Mary and Amy also own a home in Florida where they spend their winters. Carrie then has the house to herself and can keep an eye on things for them. Its a win/win for everyone.

Living in Cohousing as a Renter

At Pioneer Valley, a renter can be an associate member or not. This decision is up to the renter. For the cost of $10 a month, the renter can be a part of the Full Circle decision-making group and can participate in issues that need resolution. Carrie has been to two Full Circle groups and doesn’t serve on any sub-committees. In addition, an associate is required to do volunteer work for the community for 4 hours a month, where an owner contributes 6 hours per month. Carrie loves to cook, and her contribution of 4 hours a month is either harvesting from the garden for the head cooks, or in the kitchen helping the head cooks prep their food for the meal. Four hours total per month is just the right amount of time for her to take a break from studying. Associates can participate in community meals.

There are twice-weekly meals, on Mondays and Wednesday. Everyone pays for their meals ahead of time and the bookkeeper is on top of this! The cost currently for adults is $4/meal, kids under 13 are $2/meal. Leftovers taken from the meal cost $2. Carrie often has meals with the community, as eating together is a great way to know people. Guests are welcome. The community member who invites the guest is responsible for their cost.

Carrie has a nephew who lives nearby. She invites him to dinner every Wednesday, and after dinner they head to the woodshop, where he is helping her repair a broken chair from her parent’s house. She’s mindful of the opportunity to be closer to him while she’s on the East Coast.

Pioneer Valley uses a method of governance called Sociocracy, a method that has grown out of the cohousing movement. Carrie says, “It seems as if issues get resolved more often in positive ways.” She contrasts that method of decision making with the Home Owners Association (HOA) that controls decision-making for the condo she owns. This year, the condo board decided to implement a rule that made it impossible for her to rent her condo and it was not willing to be flexible. She believes that if she were in co-housing, there would be more flexibility and an ability to work things out versus having three people (condo board) make decisions for her.

Carrie plans to return to Seattle with her new bachelors degree. She likes living in cohousing and especially likes the multi-generational aspect of Pioneer Valley Co-housing. She says, “I know that there are cohousing communities for 55 years old and up, but that’s not for me. It’s fun to be around people of all ages.”

Renting in cohousing, as Carrie is doing, is an interesting combination of shared housing and cohousing.  Carrie has the benefits of the community without the cost of ownership. Many people look to co-housing as an ideal since it seems to have the best combination of privacy and community. Typically, cohousing units are small, independent houses that share a large common house to use as an extension of one’s home. But building such a community costs money and therefore ownership is often prohibitive for many people. I went to the conference to explore how more shared housing could be incorporated into cohousing. What I discovered is that there is already a lot of it going on!

Another variation on how people can live together are intentional communities. Some time ago, I blogged about my visit to a very different conference.

Read more about different ways to live in shared housing: Meanwhile They Own a Condo , Solterra Co-Housing Paves the Way for Senior Aging-in-Place