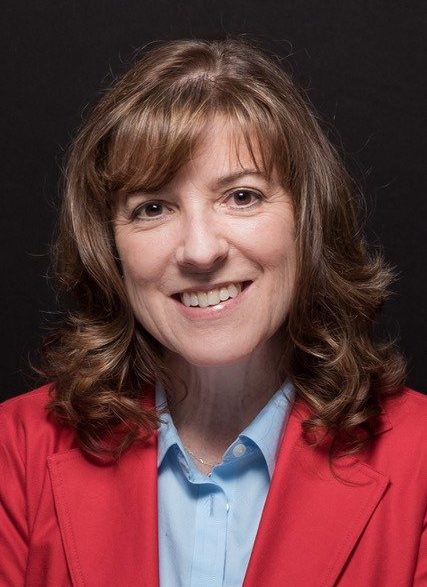 “Thrilled!… What a great idea!” is the response Debbie hears when she proposes her alternative to independent retirement living or living alone. She’s offering Rosehill Heights, shared housing for seniors. Before she bought the property, she did lots of research to learn how shared housing can benefit seniors She held focus groups. She learned about insurance and city regulations. She spoke to senior groups. The response and feedback were all positive, so she has taken the plunge.

Debbie came to this idea because she knew an elder, Joan, who lived in a continuing care retirement community for five years and ran out of money. Joan had to move to a nursing home in another city where she had no privacy, sat in an assigned seat for meals, and most of her fellow residents were uncommunicative. Debbie visited her a few times and was horrified by how Joan’s health deteriorated. Joan died within a year of moving to the nursing home. Reflecting on Joan’s senior years, she remembered how Joan had not really wanted to live in a resort-style CCRC but wanted something more family-like. If she had had a shared housing situation, she certainly wouldn’t have run out of money so quickly. She also would have been happier.

The property is in Barrie, Ontario which has a population of 160,000 and is about one hour north of Toronto. With a college, university, regional health center and a lake, it has become a desirable place to retire. Barrie has more than four continuing retirement communities (CCRCs) for which there are waiting lists.  The city also has several nursing homes run by the Province.  Debbie bought an upscale house in a “million-dollar neighborhood.”  It’s a ranch bungalow with a walk-out lower level.

The house is close to public transportation, and walking distance to coffee shops, restaurants, pharmacies, and a grocery store, and is located ½ mile from a city-run Recreation Centre offering 55+ programming.  The house backs onto 500+ acres of mature forest with over 10 miles of hiking trails.

The house has four suites, each consisting of a bedroom, a sitting room, and a private bathroom.

Two of the suites are on the level of common space and two are in the lower level. Shared space is a formal living room, dining room, and big cook’s kitchen open to a large family room. A large deck is accessed from the eat-in kitchen. There is a powder room for guests.

As a walk-out ranch bungalow, all rooms on the lower level are above ground. In addition to the two suites there is a second family room and a fully equipped kitchenette, including full-size fridge, dishwasher, microwave and more. The lower level opens through French doors to a patio and the gardens in the yard.

There is storage; each tenant would have a locker that is four feet by six feet. Debbie envisions this being used for luggage and off-season clothing. There is laundry on each floor.

The rent is $2200 – $2700 per month Canadian (depending on the suite), which includes Internet, premium cable, cleaning common areas and bathrooms, snow removal, gardening, all utilities. It’s one check a month that takes care of all needs.

Debbie is in the process of finding people to live in the space. Her ideal tenant is a woman who wants to downsize and is healthy, active, and social. As Debbie says, those who “want to sell out and have play time. They can invest their money for potential future care, and otherwise have some fun!” Of course, they have to be open to living in a shared house.

Debbie has developed a three-stage process to screen housemates. The first step is a regular residential rental application. In the second step, Debbie gathers information about the person’s family and support people, current health status, whether legal documents are in place, i.e., will, Power of Attorney, Do Not Resuscitate Orders, and sources of income.

The third step is conversation with the prospective housemate, a social worker who works with seniors, Debbie and any other housemates already living in the house.

The meeting is a conversation about dreams, future plans, childhood, best memories, past travels, maybe future travels, some coping styles, and conflict resolution. By having this conversation, the intention is to make sure that people in the house are “like-minded.” Debbie says, “This part may have to happen over a couple of little meetings, depending on how many housemates are already in the house when a new one applies.”

A large barrier for many people when considering downsizing is dealing with a lifetime of stuff— from photographs to an inherited butter dish. It’s exhausting to even contemplate. However, everyone who has done it reports feeling relieved and unburdened. As Molly Malcolm, a spritely senior says, “It was the best decision I ever made to downsize when I was mentally and physically able to do so.” Though many people want to make their own decisions about what to keep and what to jettison contemplating the energy it will take is so overwhelming that they do nothing.

Debbie has thought of that and found resources who can help. She says, “You can move in here with a suitcase and leave the work to others, as we have partnered with organizations that can assist our seniors in all parts of downsizing.”

I love what Debbie is doing. She’s not the only entrepreneur who sees the need for more options for seniors. Jude in Denver had the same idea. Her interview is here.

I realize that it would be hard for me to commit to moving in without an assurance that I would have veto power if someone was interviewed whom I didn’t like. Debbie does promise that “each tenant participates in a thorough matching process by criteria that makes sharing a house as harmonious as possible. Current tenants are invited to meet potential tenants as part of the selection process” but that doesn’t have the teeth of a veto. To make sharing housing a success, everyone does need to agree to live together. This is incredibly important. That said, there are a lot of nice people in the world. I hope four of them find themselves living together at Rosehill Heights.

Read more about how to make shared housing work for you: Downsizing by Buying a House Together , How to Rent on Your Own Terms