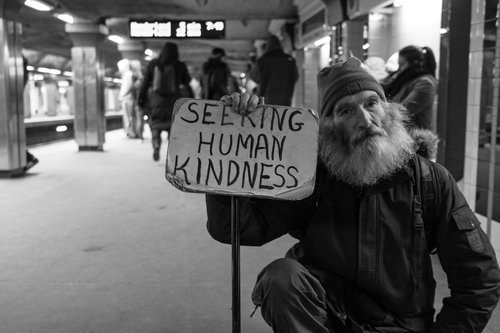 Deb offers a safe haven to the people she knows and trusts. Her daughter, knowing this, told a work buddy who was leaving an abusive relationship that Deb could live at her mother’s house. When she told her mother, Mom said, “Of course.” Now, Mom is actually very careful about whom she’ll let into her house; she trusted her daughter to make the same judgement. Especially when finding a home-mate, It’s important to follow a thorough selection process to find someone who matches your personal needs.

That colleague lived with Deb for three, four months, time in which she was able to pull her life together, get away from the guy, and find another place. She paid a small amount for room and board.

Deb has had as housemates college kids, good friends in town for work, and other people who periodically need to crash. As she says, “My home is an island of sanity. People know that they can be safe for a while. It’s never permanent, they always know that my house is a temporary setup.”

Deb says, “I feel comfortable being very direct. I don’t pull punches. I will tell people when I’m not comfortable with something that isn’t my way of living. I do lay out rules.”

For instance, when she had college-aged people living with her who had relationships, she was clear that the boyfriend or girlfriend was not spending the night in her house when she was there. “I used to travel a lot. I’d tell them, ‘I don’t want to know what you do when I’m not home, that’s your business.’” She also didn’t expect them to be home every night, but she did want to know that they weren’t coming home. That way she wouldn’t worry that something had happened to them.

In general, the house is neat. She expects that the kitchen is left the way it was found. Likewise, in using the house, everyone picks up after themselves. Deb doesn’t dictate what happens in the housemate’s room. How they want to keep it was up to them. She would just say, “Shut the door, I don’t want to see it.”

Deb takes care of the house. She has a housekeeper who does the heavy lifting. She expects that the housemate will chip in and do what’s obvious. An example was an overflowing trash can when she came back from a trip. She said to her then housemate, “Do I really have to tell you that?”

Most of the people who lived with her paid some small amount for their room and board. When Deb shopped for food she would buy enough for two. On the other hand, if someone had a food or drink they specifically wanted they would buy it for themselves. Sometimes someone would have something special in the fridge and then they would “just say so” so the other would leave it alone.

For Deb, living with others is simply common sense and “common respect.” For instance, if someone is sleeping, the other doesn’t make lots of noise.

As Deb says, “It’s my home and so I get to set the bar about what goes on in my house. I’ve never had any problem.”

What She Gets Out of It

“It’s enjoyment for me to know that people are safe. I have someone to talk to. It is gratifying for me. They have safety and know that someone cares. It’s a good feeling to give.” She continues, “I’m not an enabler. I wouldn’t tolerate a couch potato. But if I see that a person is working, going to school, working on pulling life together, and I can provide a haven where the person feels safe, that feels good to me.”

“I remember when our favorite show was the Golden Girls. That show was ahead of its time. With people living longer, it makes sense to live together. It’s a great concept.”

Deb’s comfort with being direct is a major asset. Being able to speak up about what isn’t working before letting it become a big deal is an important skill. It is one of four guidelines for living well with others. I call it, “Do It While It is Easy” and describe it in Sharing Housing, A Guidebook for Finding and Keeping Good Housemates. Basically the idea is you say what’s on your mind as soon as you notice it, not letting it fester and becoming a big deal.  It’s amazing how often a situation can be cleared up immediately. Really.

Read more about maintaining safety in your shared home: Safe with a Housemate? , Safety — The Primal Need