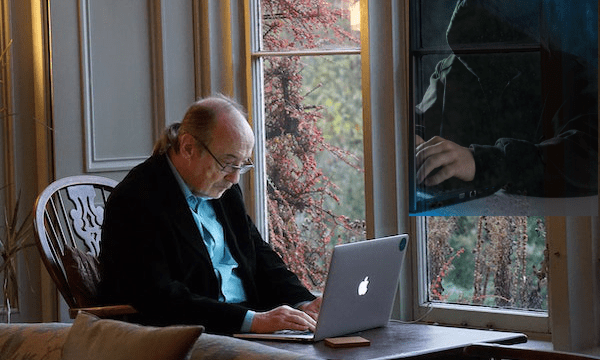 Here’s a benefit of living in shared housing that you might not have realized. Scam protection. Scammers prey on the vulnerable and the lonely. They prey on older people who have less understanding of their computers and the digital world. The stories are heart-rending. People have had their savings stolen, have actively pulled cash out of their banks and mailed it, have sent gift cards because they thought a friend was in need.

Scammers create a spell. They mesmerize their subject through fear, sympathy or a combination of both. They scare their subject with emails such as “Your account will be closed.” Or worse, “Your account has been compromised by a scammer.” Or a pop-up shows up on their screen loudly proclaiming that the computer has viruses. There’s an urgency to the message. Scammers purposely short-circuit rational thinking by creating fear. The adrenaline shuts down reasoning. This is a known and well-researched neurological affect.

For people who are lonely, this is double jeopardy. We know that chronic loneliness leads to diminishment of executive function—the ability to make good decisions. Research has also shown that when people are lonely, the craving for connection means they will be overly revealing and trusting without the usual gradations in building a relationship. Scammers exploit the lonely person’s vulnerability. It’s like finding a trap door. They use sympathy and seemingly befriend a person until they are felt to be a trusted confidante. At the right time, the scammer will start weaving some story about a need for cash until the target sends the money.

But if there’s someone around, the spell can be broken.

One night, my friends Tom and Sara were both on their computers when suddenly on Tom’s PC came a loud beep, beep with flashing lights. A message on the screen said, “Your security has been broken. Call this Microsoft 800 number.” The warning also said, “Don’t shut down your computer or you will lose all your information.” Tom was alarmed and called the number. Sara was suspicious, she could hear that the person had a foreign accent and that he was in an environment such as a call center. She wrote a note, “Don’t give him any information.” The guy asked Tom to turn over his computer controls to him. Which he did. Sara kept writing notes. Then the guy showed him how to find his computer IP number and showed him a list of all the foreign IPs that had access to his computer. Sara wrote a note, “Don’t give him a credit card number.” Then the scammer said Tom wasn’t getting protection from Norton and needed to spend $249.99 to him to clean up Tom’s computer. That’s when Tom stopped and shut off his computer. The scammer called back four times before stopping.

That was a close call. If Sara hadn’t been there writing notes and annoying Tom, would Tom have given the scammer the credit card number? Maybe. Maybe not. Tom is a bit embarrassed that he let it get so far. And that’s another problem. We don’t’ like to admit that we were scammed. We think it was our fault. It’s not. Scammers are very skillful. Protection is talking to another person. It can break the trance.

Whether or not you have someone around here are tips on not getting scammed.

Be very suspicious of links sent to you from companies or people you don’t know.

If the email claims to be from a company you actually do business with – for instance Amazon – don’t click on the link but go to your own account at Amazon and check there.

Emails that are sent by spammers are phishing. You don’t have to take the hook. Just delete them.

Don’t click on pop-up ads. Ever. If you are concerned hold down the power key on your computer and let it start up again. In most cases, the pop-up won’t reappear.

Don’t give remote control of your computer to anyone who calls you. If you have initiated a call for technical support, that’s different. The technician can be trusted with your machine.

Don’t answer the phone. Let calls from numbers and persons you don’t recognize go into voice mail. Know that the IRS, the Social Security Administration, Amazon, banks, and credit card companies are not going to call you. If they need to reach you, they will send letters through the post office.

There’s lots more information about scams and protecting yourself. A great resource is AARP.

A housemate can help protect from scammers. This is one of the many little benefits of living in shared housing. I picture someone answering a telephone which turns out to be a phishing call. Instead of getting pulled into the spell of the scammer, they can talk to their housemate in real time and realize that they don’t need to respond. The two can laugh about it: “Guess what this guy just tried?”