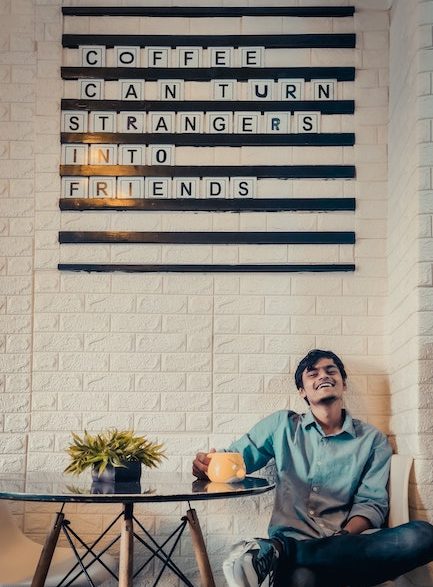 I’ve heard this so many times. People take our courses or come to a presentation and get interested in finding a housemate. They talk to their adult child and the child quashes the idea, consigning the parent to living alone without any of the benefits that they would experience if they did have a good housemate (or two). It’s so short-sighted. A good housemate can be an ally.

Fear and the Mean World Syndrome

Fear. It hits the amygdala region of the brain and rational thought goes away. Why is fear so often the first reaction to the thought of shared housing? It’s often phrased as “I don’t want to live with a stranger,” or “Someone will take advantage of Mom,” or “It’s too hard to evict a tenant.”

It’s the “Mean World Syndrome,” a phrase coined by Dr. George Gerbner in the 1970’s. Gerbner found “a direct correlation between the amount of television one watches and the amount of fear one tends to have about being victimized in everyday life.” What Dr. Gerbner found is that, “If you are growing up in a home where there is more than say three hours of television per day, for all practical purposes you live in a meaner world – and act accordingly – than your next-door neighbor who lives in the same world but watches less television. The programming reinforces the worst fears and apprehensions and paranoia of people.” And this was before social media. Note that the average household watches more than seven or more hours of television a day.  We have a society that expects meanness in others rather than generosity, kindness, and care.

Stories inform how we understand the world we live in. Before television, stories came through fairy tales, folk traditions, family and community oral tradition, cultural tradition, and religion. Stories taught right from wrong, good from evil. They contained wisdom for the soul because they had been honed over years to contain the essential message.

Unfortunately, these stories have gotten supplanted by stories created quickly under deadline by writers whose job it is to keep the viewers entertained and watching. They aren’t stories that feed the soul; they teach that the world is a violent and mean place. This perception permeates our culture. As a result, too many assume that the stranger is a danger, rather than a friend. This skewed view has many consequences, one of which is the fear of the bad housemate.

One way to address that fear is to think again. Really, think again. Stop and consider the benefits. There are so many with good housemates.

Mom will have company. This is big. Social isolation is a critical issue for seniors. When it is harder to get out of the house, when driving at night is no longer possible, and when friends of many years have passed, it’s really easy for a senior to spend lots of time alone.  She’ll say she’s fine and that she doesn’t mind it. But it’s not good for the physical and emotional health of any human being to be isolated. We are wired to be connected and there are real consequences. One way this is summarized is that chronic loneliness has a higher risk of early mortality than smoking 15 cigarettes a day. A housemate offers informal, spontaneous social connection. With a housemate she won’t be waiting for the daily phone call from you for her social connection.

She’ll have help – whether that means sharing meals or carrying groceries into the kitchen. If she has to have a hospital procedure, there will be someone at home so she can go home. Depending on the severity of the procedure, maybe you won’t have to stop what you are doing to go and take care of her. If she falls, her housemate will find her. Do you know that 45% of those who fall require medical attention or have restricted activity for a day? She will be able to be independent longer and will be less of a burden to you.

She’ll have more money. Wouldn’t that help you?

An Ally, Not a Stranger

When home sharers were asked about their life after having a housemate:  63% said they slept better, 77% said they were happier, 57% felt healthier, 71% were less lonely, and 77% felt safer. It makes sense, we are better together than alone.

If Mom does have a good housemate, you will have the comfort and security of knowing she has someone at home who is able to keep track of what’s going on. The housemate could become an ally and a help – especially if you are far away.

Of course, not everyone is going to be a good housemate for your mom. That’s why it’s so essential to conduct a thorough screening process. This is where you can help your parent. Learn what it takes to do a thorough job of screening housemates before any agreement is made. Take our courses, read the book, use our interviewing guide to learn how. Participate with your parent in the screening process and get to know the potential housemate. Create your agreement together. There are lots of really nice people out there. You only need to find one.

And while you are at it, think about a housemate for yourself. Want to read about good housemate relationships? Check out these interviews: Owning Together is a Win-Win!, Get Out of My Own Way, The Dog Caused Beth’s Home Share

Photo by Anirudh on Unsplash