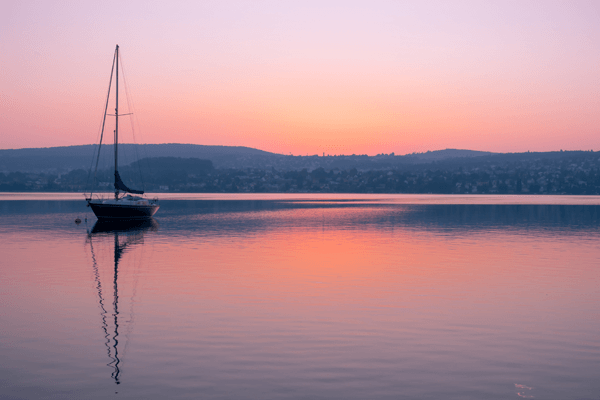 Should I stay or should I go? This lyric by The Clash (remember them?) has been sticking with me. For The Clash the question was about a relationship. But it could also be about a house.

This week I visited a friend whom I knew when we were much younger. We were in school together, in the same home room for all of junior and senior high school. And that is her question, should she stay in her house or should she leave it? Remember to take stock of your personal needs and think about the benefits of shared housing if you’re thinking of making a move.

She has lived in her house for 32 years. She bought it with her husband as she was expecting their first child. She used inherited money to design and build a full second floor on the ranch style. Another child was born. When the marriage ended, she got the house. She raised her children there, and worked at a nearby university. Now she’s retired.  There’s no reason that she has to stay in the house.

Should she stay in the house? Or should she sell it and do something else?

No One Right Answer

Obviously, there is no one right answer to this question. It’s a dilemma facing many single seniors, so I thought it worth digging into a bit and exploring how one makes such a monumental decision. And it’s monumental because you can’t un-sell a house.

A house is an anchor.  The question is whether it is an anchor that drags and prevents the ship from sailing or whether the anchor keeps the boat in a protected harbor safe from storms and potential shipwreck.

She’s ready for a change. Ready to downsize and move on.  Or so she thinks. She talks about how the neighborhood is full mostly of families and couples, not single retirees like her. However, she introduced me to her next-door neighbor who was outside as we walked by. They’ve been neighbors for many years. His wife died recently, and, clearly, he is a friend with whom she has an easy visiting relationship. She says, “He looks out for me.”  What a value in having that kind of long-term connection!

Yet, if she doesn’t let go, how can she possibly know what else there might be out there? I think one needs a map and a sense of the destination. One needs to be moving towards something, not just away from something. Good life changes come about because we’re actively engaged in designing our life.

As it happens I’ve been reading the NY Times best seller “Designing Your Life,” by Bill Burnett and Dave Evans. While the larger focus has to do with designing one’s work, the process described in the book can be used by anyone. Maybe instead of the first exercise, which is called “Workview,” my friend could do the exercise as “Retirement View.”  The basic idea of the book is that there isn’t any one right answer but rather many possibilities that could and should be prototyped and tried on before making a significant commitment. There is no “failure,” only learning.

In their model, the Life Design Choosing Process has four stages: Gather and Create, Narrow Down, Choose, Let Go and Move On. It is the Choose step that is often the most difficult for people and their advice is to “Trust your gut.” Ah, doesn’t that sound squishy? But here is their explanation:

“It turns out that the part of the brain that is working to help us make our best choices is in the basal ganglia. It’s part of the ancient base brain, and as such does not have connections to our verbal centers, so it does not communicate in words. It communicates in feelings and via connections to the intestine—those good old gut feelings. The memories that inform this choice-guiding function in our brains Goleman [author of “Emotional Intelligence”] refers to as the “wisdom of the emotions.” By this he means the collected experiences of what has and hasn’t worked for us in life, and what we draw upon in evaluating a decision. Our own wisdom is then made available to us emotionally (as feelings) and intestinally (as a bodily, gut response). Therefore, in order to make a good decision, we need to access to our feelings and gut reactions to the alternatives. (p. 166 in the chapter ‘Choosing Happiness’). “

The authors go on to describe ways to learn to listen to one’s gut, including practices of mediation, journaling, prayer, yoga and such.  I call it a “listening ear.”

I suspect that if she goes to work to design her retirement, the question “should I stay or should I go?”  will answer itself.

Have you had this question? How did you decide it? What did you move towards?

Read more about real people sharing housing and how they made it work: How the Nancys Retired, He Took the Plunge.

Photo by Pascal Debrunner on Unsplash