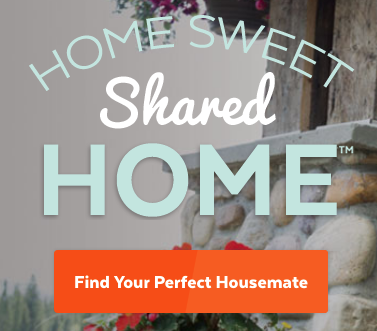 In our continuing series of services that provide home-sharing options, we take a look at Silvernest: a pioneering service that’s specifically targeted to empty-nesters and boomers, which helps homeowners and home seekers to find the perfect home-mate. Silvernest is an incredible to tool to help you find a good housemate.

When Silvernest’s co-founder and CEO Wendi Burkhardt’s father passed away, her mother, who had never lived on her own, found herself in the situation of being alone. Fortunately, a friend moved in who provided her with companionship and help–a great relief to Wendi and her sister. But what occurred to her mother prompted a “what if” conversation with Wendi’s husband. As a childless couple in their 50s what would happen if either one found themselves in a similar situation?

In the meantime, Burkhardt’s partner Chuck Mckenney came up with the idea of shared housing among six to eight seniors that would ease living expenses and provide companionship. It was an aha moment that prompted the idea of launching a safe site that would help boomers with homes find compatible home-mates rather than placing ads on Craig’s List or other venues.

How does it work?

Silvernest launched in late 2015.  It’s like a yenta, a matchmaker. Similar to a dating site that uses algorithms to find potential matches, the service pairs homeowners with home-mates. The aim is for boomers and empty-nesters to enjoy the benefits of extra income or income savings, companionship, and the ability to stay in their home or “aging in place.”

How it works is simple. Signing up is free. Both the homeowner and the potential housemate create profiles and are capable of browsing the database. It is only when the homeowner decides to message someone in the database they they are then prompted to pay. Membership is $49.99 for 60 days of unlimited housemate matching and messaging and access to background screening. Home seekers pay a onetime cost of $29.99 to cover the cost of the background screening if that screening is requested by the homeowner. To learn more about the fee structure go to Silvernest’s pricing page.

Currently, the site has 50,000 users with the heaviest market usage in Colorado and in Southern California. Silvernest is planning to expand in New York City, Boston, and Seattle. The service is open to people in every other part of the country – it’s just a question of whether there will be a match possible.

Retired from teaching and a non-profit job, John Oswald, 70,  decided to go the home-mate route to help pay the bills. After using AirBnB and having some short-lived home-mate situations, the Greenwich Village resident decided to try to find a new home-mate using Silvernest. He learned about Silvernest from other tenants in his building who suggested he try it. He created his profile and listed his apartment.

John has lived in the same rent-stabilized apartment for 42 years.  Three weeks after creating his profile on Silvernest, John found his home-mate–a 73 year-old author. They’ve been sharing the apartment since November 2017. Rent is split between the two while John pays 100 percent of the utilities. When asked if he’s happy with the arrangement, John’s response: “Absolutely. He’s a sweet guy. Peaceful and quiet. He spends lots of  time in his room writing.”

John shares the kitchen, dining room and the bathroom. Cooking space in the kitchen is shared, but not food or meals. When they socialize with one another the conversation centers around literature and writing.

When asked whether Silvernest is easy to use John’s enthusiastic response: “Oh, it’s simple! It doesn’t require any paperwork or anything.”

Having experienced the search for a home-mate when I lived in San Francisco, I know how time-consuming it is to go through the process, but using a service like Silvernest makes the search easier.

What impressed me the most are those extra services and having the background check and hearing the positive experience from a user. But keep in mind whether you’re using a matching site, an ad, or word of mouth always meet and have numerous conversations with your potential home-mate. Whether you are using a matching service like Silvernest there are still steps you have to take before you decide to make an extra set of keys.

Read more about where to look for a good housemate: Less Is More , Home-Mate Matching Programs