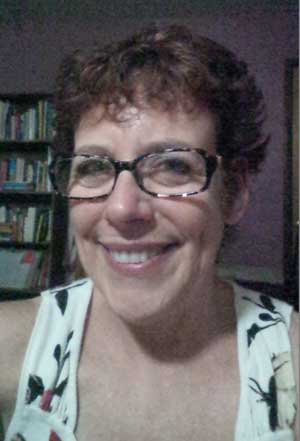 Here is a story about a mistake Kathy made. She had a disaster of a housemate. It is what many people are afraid of when they think about sharing housing. That’s why we teach people how to find a good housemate and avoid disasters. Read it and see if you can spot how and when Kathy stumbled in selecting this person to be a housemate.

Kathy says, “When I was looking for someone to rent my basement room, I was hesitant to put up an ad. So I went looking on craigslist and I saw an ad that I thought sounded promising.”

Kathy continues, “Well, I’m a cat person, vegetarian, not interested in having a new best friend, and the no smoking was really important. It felt like we had a lot in common.”

“We started an email conversation. Then she came to look at it with her step-mother. She was sweet, almost child-like and was wearing a neck brace. Hannah Sue explained that she has just had surgery two weeks prior.

“She loved that I have solar panels and a compost bin. It seemed like we were on the same page. I thought it would work.”

“One weird thing was that on the way out she got on her knees and said, ‘I have three cats but it’s really like I have two because one is a scaredy-cat and no one ever sees her.’

“We made an arrangement for her to move in at the beginning of the month. I asked her for a month’s security and one month rent up front.

“Due to complications with her house she asked if she could move some things in advance. She had been renting a one-bedroom apartment and said that many of her things had been damaged in a flood where the roof had leaked into her apartment.

“I was feeling sorry for ‘this poor unfortunate girl.’”

The room is in the basement with a walk-out door to the backyard. It had light. It was furnished with twin beds, dresser and desk. Kathy says, “Because I thought all her things were ruined I offered the use of this furniture to her. She accepted. Later she decided to move her own bed in so I moved the twin beds out. I bought a mini-fridge for the room.” There is a full bathroom with a large storage area below the sink.

“Initially she moved in a mattress and a few boxes of things. However, she said that she had more to move that was in her old apartment. I offered to help her move some stuff with my car. So we went together. The apartment was a total mess. There was lots of furniture, clothes, and other stuff.

“I said to her, ‘You are going to have to downsize.’ I was amazed by the stuff that is there. I start helping by putting clothes in garbage bags.” She had a little girl’s dress – which she obviously couldn’t wear. It was the dress she had worn at the wedding of her father and step-mother (when she was seven). There was also a little doll carriage that she was attached to. Kathy comments, her attachment to those things was fierce. “That’s when I knew something was off.”

Hannah Sue arranged for movers. Kathy wasn’t at home when the move happened. She says, “The movers filled my entire basement and there was outdoor furniture and other stuff on the back patio. When I asked about that stuff Hannah Sue said, “Oh that’s stuff I’m storing for a friend of mine.” I said, “You aren’t storing it here.”

“Her stuff was everywhere and took over my whole basement area.”

How Long It Took

I kept on making excuses for her. I said to myself “Well she isn’t in my living space.”

She lived in her room, occasionally showing up to get something from the kitchen. After awhile she would be on the telephone as a way of avoiding talking to me.

There were lots of little incidents that were not right.

Hannah Sue turned down the temperature on the refrigerator because she needed ice quickly. Incense she burned in her room that came up through the air vents and made the rest of the house smell.  She had a panic attack as she was moving and had to go to the hospital. For food she seems to eat only English muffins, pickles and cereal.

Kathy did get her rent on time. The step-mother would write one check and Hannah Sue would pay $100 in cash for the difference.

She had a habit of doing laundry with hot water and on full loads. She would do this three times a week. Kathy talked to her about this and told her she has to stop doing that. Kathy’s water and electricity bills were going up.

On this occasion Kathy saw a load and opened the washing machine to look. It was a very small load. She confronted Hannah Sue and told her it wasn’t okay. Hannah Sue jumped on the washing machine and started yelling at her, “You have no right.” When Kathy reached to her to help her get off the washing machine Hannah Sue called 911 and told the operator that “this is the third time she’s pushed me and tried to push me down the stairs.” When the police arrived they talked to the two of them separately. Kathy explained what had happened and they left.

Kathy wrote a letter of eviction immediately. She printed it, and mailed it to both Hannah Sue and her step-mother, and emailed a copy to Hannah Sue. After some more small dramas about when to leave, Hannah Sue moved out lock, stock and barrel ahead of the deadline.

What was the mistake the Kathy made in the selection process? If you answered that she didn’t get references before agreeing to have Hannah Sue move in, you pass.

Two references might well have given Kathy the information she needed to realize that Hannah Sue was not a person with whom she could live. A call to the apartment manager where she was living might have shed light on the various stories Hannah Sue told about why she was moving. The request to verify income with an employer would have immediately revealed that Hannah Sue had lied about working and was on Social Security disability. Kathy found this out later. Finally, asking for a reference from someone who had lived with her or had known her a long time would have been revealing. She would either not have been able to produce one or the conversation with the friend would have told Kathy a lot.

Always ask for references when you don’t know the person at all. If the person is coming to you through your networks, it is still a good idea to talk to people who can verify income and what you’ve been told you about how they live.

The other mistake Kathy made is more subtle. Because she picked Hannah Sue out from other ads it is likely that she had a favorable bias towards her when they met. The ad led Kathy to believe that they “had much in common.” This was based on their mutual agreement of liking cats, hating smoking, and being vegetarian. But those three must-have’s and can’t live withs are fairly common these days and are not really an indication of a “lot in common.”

Kathy didn’t explore carefully with Hannah Sue whether or not they were truly compatible, partly because she was really looking for a roomer and didn’t want to create a relationship.

Be aware of your own biases and prejudices.

Using the Compatibility Assessment and having a full conversation about how they’d live together would have required exchanges that would have given Kathy a better opportunity to assess whether they could live together. I’m certain that that more complete conversation would have brought up enough strangeness on the part of Hannah Sue that Kathy would have said no.

Finally, had Kathy seen where and how Hannah Sue was living she would have known immediately that she didn’t want her in her house. She knew it as soon as she went there to help Hannah Sue with her things. If you are considering sharing housing with someone, if possible, please go and see their home.

Have you had disastrous housemates? If so, can you see where you went wrong in the selection process? Have you avoided a disaster ? How did you realize this before it happened?

Read more about how to avoid housemate disasters: How Ken and Kathy Stumbled the Third Time , What Everyone Ought to Know about Housemate Ads