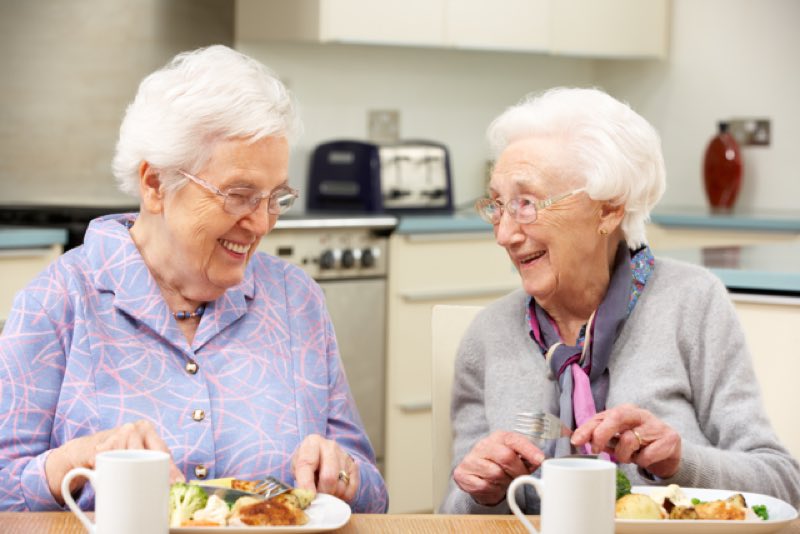 Living with another person who is not a family member is a strange idea for many. The resistance to it is understandable — after all, home is sanctuary. Here’s an idea that might help overcome resistance and would certainly help people realize that sharing housing is an option.

What if seniors who earn income through sharing their home did not have to pay income tax on the rental income they receive? Shared housing has a lot of benefits for seniors.

A crisis is coming. Millions of single boomers who are getting ready to retire will not have enough money to provide for themselves. For most people, their largest expense is housing. Even homeowners who are mortgage-free have to pay property taxes and maintenance. For renters the cost of renting is and will continue to be prohibitive. What will seniors do who are caught between not enough money and the high cost of housing?

But it’s not just about the cost of housing. The senior who lives alone is at greater risk for social isolation. And while it is not true for everybody, social isolation can lead to chronic loneliness, which in turn has multiple health consequences. There are multiple costs to the US government through increased use of Medicare, Medicaid, and the patchwork of government services that support seniors.

Everyday, 10,000 people turn 65. By 2030, the population of seniors will be twenty percent of the population. Many live alone. According to the study, “Housing an Aging Population: Are We Prepared?” almost 40% of women (eighteen percent of men) lived alone in 2008. The 2011 census reports that 44% of all seniors live alone. One-third of the boomer generation is unmarried.[1]

It’s the high price of housing and low retirement benefits that make this a crisis. Spending more than 30% of income for housing is considered “cost-burdened” with fifty-percent or more “severely cost burdened.” According to the Joint Center for Housing Studies at Harvard, “In 2012, one-third of adults over the age of fifty paid more than thirty percent of income for housing, with 9.6 million paying over fifty percent of their income for housing.” (Check out the infographic.) Seniors spend, on average, 35% of their income on housing, with this percentage going up with increases in age.[3]

Single people have less income. According to the advocacy group Wider Opportunities for Women, the monthly expenses for Americans 65 or older in 2013 totaled $1,645 for a single person living in their own house without a mortgage, $1,966 for a renter, and $2,481 for a single person with a mortgage (this includes housing, food, transportation, healthcare and miscellaneous expenses). The average Social Security benefit is $1,294.

According to same study, “Economic insecurity is a pervasive threat for women of all ages and an economic security gender gap persists across the lifespan because:

Women of color are at particular risk of having insufficient retirement incomes…. Approximately three out of every four older African-American and Hispanic women live in economically insecure households, even with Social Security and Medicare participation.”

Choosing to share housing provides the home owner a source of additional income and should provide the renter a lower cost for housing than living alone.

Seniors who live alone use more government services. Forty-six percent of unmarried seniors rely on Social Security income for ninety percent or more of their income. It’s not enough, and therefore many programs have been developed to offer seniors help. There is the Supplemental Social Security Income (SSI), the Supplemental Nutritional Assistance Program (SNAP), Meals on Wheels, transportation services, and housing programs.

In the housing department, HUD currently offers housing assistance to about 1 million seniors through vouchers, public housing and multifamily subsidized housing. Local governments also have programs. However, there is not enough affordable senior housing nation-wide. Typically, there are waiting lists three to five years long for the housing that is available.

Perhaps more importantly and harder to quantify is the reality that seniors living alone are at increased risk for social isolation and chronic loneliness. Chronic loneliness is well documented to have a wide range of health consequences, including more health-risk behaviors such as use of alcohol, eating fatty foods, and generally not taking care of oneself. In addition, the chronically lonely visit their doctors more often. As noted in the report on Making Communities Livable, “isolation ultimately increases the need for assistance to take care of functional needs and home maintenance, and it poses a serious problem for older adults since isolation is directly linked to declining physical and mental health.”

Many people want to age in place. It is in the government interest to help them do it. According to one HUD study, “In addition to saving money for seniors, promoting aging in place may also create systemic cost savings for the Medicare and Medicaid programs.”

The Message It Sends

I think this benefit for sharing housing would send a huge message to seniors and help normalize the idea of having a home-mate. For many people, especially those who have only lived with family members, the idea of sharing housing is foreign. Creating this tax incentive could make it mainstream.

The idea of using taxes to influence behavior is deeply embedded in our system.

For instance, there are tax rebates for spending money on energy efficiency: energy-efficient cars, solar-panels, and alternative power generation. We encourage retirement savings with tax-free savings options. The charitable-giving deduction helps thousands of nonprofits raise money for their efforts and improves nonprofit viability. Home ownership is rewarded with tax deductions for mortgage interest.

To qualify for the income to be non-taxable, the person claiming it would have to be a resident of the house and there must be one kitchen.

This tax idea could encourage a lot of people to share housing. What do you think? Is this idea pie-in-the-sky? Do you think it would make a difference to you?  What do we need to do to make it possible?