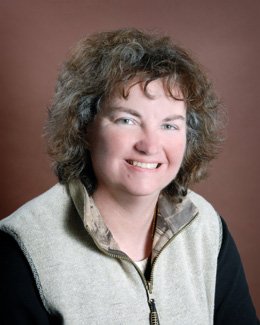 It was exactly a year ago that Mary Lou moved into Amy’s house. “I guess I’ve made it through the probationary period, ”  says Mary Lou and she laughs. Mary Lou came to home-sharing because she took a look at her own needs and preferences and realized she didn’t want to live alone.

A year ago, Mary Lou has been casting about for what she was going to do about housing. For twenty-five years she had lived in her own house. When a long-term relationship ended, the house was sold. Mary Lou lived solo for eighteen months, but found did not like living alone or the costs and responsibilities that came with living alone.  She felt obligated to take care of the building which since she lives in New Hampshire included making sure the roof is shoveled of snow, the paths appropriately cleared and that the pipes don’t freeze. If an appliance breaks down, she has to make sure she’s home for the repair person. When her landlady decided to sell the house, Mary Lou was “in the market for a new place to live.”

Mary Lou and Amy were friendly acquaintances. They lived in the same small town for many years and would see each other at library events, work on political campaigns and other such gatherings. They’d never spent time together one on one. Amy approached Mary Lou and proposed the idea of sharing housing. (Amy was interviewed last fall, the interview is here.) Mary Lou says “I welcomed the sharing of the costs and tasks.”

The house has two wings, which they call the east wing and west wing. Mary Lou’s “west wing” has two floors. A large bedroom upstairs and downstairs a bathroom, sunroom and large living room. The living room has the TV, a pellet stove and a piano. The bathroom is “public” in the sense that it is the one to be used when anyone else is in the building. Amy has the other wing with a private bathroom. They share the kitchen and dining room. The house is constructed so that they each have private entrances.

They each have busy schedules with different times out of the house. They have independent food in the kitchen but share common food items such as condiments. TYou hey don’t really have a system about  how the common items are managed. It just works, whoever picks it up at the store pays for it. It’s casual and works for them.

Sometimes they eat together – if it happens that they are both home. Amy has evening jobs that so what is most common are weekend breakfasts together.

Cleaning happens when time and energy allow. They are both comfortable with that pattern. They each pitch in when it is needed.

When asked about guests, Mary Lou says “We occasionally have a joint group here together” but it’s not that common.  At one point during the year, Amy did have guests who visited for awhile. “I enjoyed having guests around. I can yak with the best of them.”

Mary Lou, “It works for both of us.. the extra money we both have is a very nice thing.”  For Mary Lou, “The rent means I can travel, I don’t have to watch my pennies so closely.”  It also means being able to eat out a bit more often.

“We largely enjoy having each other around. We have similar politics, the same socio-economic status. I think it would be fun to have a big house that was co-sharing. It’s an idea for the future I would embrace.”

Asked what she would say to you, dear reader, “I think more people should try house sharing in the future. In fact, I’d like to see developers actually build places that would encourage it.”

What I love about this story is how they got together. I interviewed Amy six months ago about feeling less alone in shared housing.  They knew each other though they weren’t necessarily friends. Each had to be open to the idea and Amy was a bit persistent.

People often ask me how about how to find home-mates. One avenue is to look around your community. In particular, pay attention to people who are in transition as they are already making changes in their lives. And as Amy did, broach the topic. Tell people you are looking.

Do you have a good story about finding a home-mate?  Tell us about it.