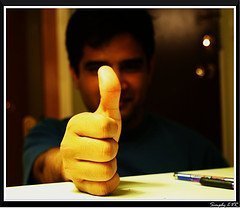 Three generations under one roof—an accommodation more and more Americans are making in response to difficult financial times, high housing costs and the problems of aging. One of the major benefits of shared housing is being able to cut back on housing costs. I met Millie at a community gathering and asked if I could talk to her about her arrangement. This is what I found out.

Millie lives with her husband, Toby, and their daughter Janet (49). Janet’s son Tyler (8) lives with them part-time. In their case, it was Janet who asked her parents to buy and share a house with her so that she could afford to live in a neighborhood convenient to work, Tyler’s father, and in a neighborhood with other children. She would also have company. Millie and Toby has been on a waiting list to go into a retirement community where they wouldn’t have to cook meals, but when Janet asked them, they decided to move in with her instead.

For Millie, the move has advantages. There are many problems facing seniors that can be solved by aging in shared housing. Her husband is increasingly disabled and uncommunicative. Living closer to medical facilities and shopping would be an improvement. The house that they had lived in for twenty-one years was out in the country, and though she and her husband loved the house, it was becoming difficult to live there. Not only would they not have the long drives, Millie wouldn’t be responsible alone for the maintenance of the house.

The parents agreed to buy a half-share in the house, put their house on the market and prepared to move. They didn’t have many qualms about living with their daughter. They had done it before when she was a single adult. Though Millie admits, “It’s a bit different. Then she was living with us in our established home. Now we really share a home that we all own.”

How does it work? The physical layout allows the parents to have their own living room. They have the master bedroom with its bathroom. Janet and Tyler also have a living room. They eat together, when Janet and Tyler are home. Millie says, “I cook. Janet does the dishes. Neither of us really likes to cook.” Janet might be home for weekday dinners but otherwise isn’t home very much – she leaves for work before her parents are up and often has activities after work and on the weekends. She goes to bed earlier than her parents, whether or not Tyler is there.

They avoid the issue of cleaning and cleanliness by paying a housecleaner. Millie says, “My daughter is much neater than me. I try not to leave stuff around. I try to do more things around the house for her.”

At the time that I talked with Millie about their arrangement they had been living together for a month. They hadn’t yet worked out how to pay for groceries but Millie wasn’t worried about it. She says, “We’ll pay more because we are two people and we are home all the time.” Millie has already been helping with Tyler, taking him to the orthodontist and similar errands. Now it is simply easier for her to do that. She thinks the grandson likes the new living situation. At least, he seems to be around more often. Millie volunteered that she won’t “say anything about Janet’s mothering habits. She’s pretty good.”

Millie is enthusiastic about the improvements to her life. “It’s such a handy neighborhood.” The house is very comfortable. She likes not having to prepare supper. But perhaps most importantly, in her old house she says, “It got lonesome on the weekends.” Now she has company. She says, “It’s working out okay.”