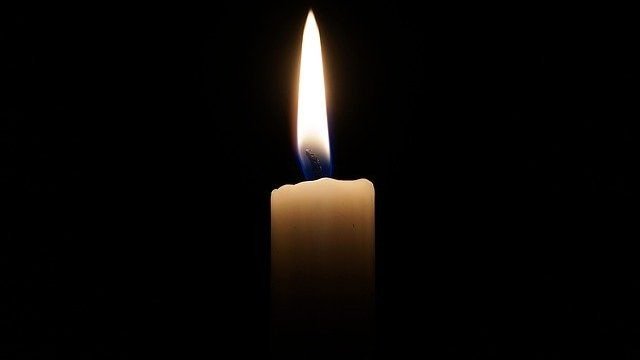 A little over a year ago, I contemplated moving back to California to be with my friend Natasha, who had been diagnosed with ALS. We would mutually help each other out financially, but also be there for each other in case of an emergency. We thought that we being to provide physical and financial support if we lived together. At some point, we both decided that it probably wasn’t the best idea. We came to the realization we each wanted different things in a home. So it wasn’t brought up again.

On January 12th, I learned via a Facebook post that Natasha was rehoming her second dog because she had decided to go to an assisted living facility. Someone asked her would it be long or short-term? She responded, “I hope short-term.” On January 14th, she went to the facilty. I called on January 17th, and she sounded terrible. I could barely understand what she was saying because of her gasps for air. We agreed we’d talk the next day—Saturday. I texted her to see what time would be best, but she never responded. I didn’t think much of it because she’d often turn off her phone. On Sunday, January 19th, her cousin called to let me know of Natasha’s death. She passed away in her sleep.

It was a shock. We knew she was seriously ill but I didn’t expect her to die. I’m sharing this story is because when you are home sharing the health of your home-mate (and yours) should be considered. I don’t mean to be morose or cold-hearted, but health issues and the question of the worst case scenario should be brought up.

In Case of Illness and Death…

Life is risky. As we get older, some of us get more sanguine about the realities of ill health and the potential of dying. Many choose to ignore this entirely. And we don’t consider it polite to talk about these issues. But when you are choosing to live with another person it makes sense to have a conversation at the outset of the relationship. You don’t want to be surprised with your home-mate having to suddenly move to an assisted living facility like Natasha did. You need to be prepared. You need to have an honest and realistic conversation before agreeing to live together.

It’s really just three questions. You both need the contact information for their designated next-of-kin or person who has legal responsibility in the case of your death. If the house is owned by the other person, you need to know what the plan is for the house and how long you’d be able to continue to live there. In one case Elizabeth who had already been living with her home-mate for ten years, was told “she was taken care of.” She wasn’t actually told and it probably would’ve been better to know ahead of time. What she found out was that the will allowed her to stay in the house as long as she paid the expenses. If the home is a rental, is it possible to be on the lease? If so, then you’d be responsible for the full rent, but wouldn’t be in danger of being evicted. These are uncomfortable considerations, but they are realistic and worth your attention.

Preparation is key and life is uncertain. Just as you may want reassurances from your home-mate about their health issues, you need to consider yours as well. Your home-mate should know who your next-of-kin is and how to contact said person in case you get very sick or die.

Just as the finances are part of the reason to share housing, the sudden loss of a housemate can put you in a financial squeeze. When Jean, Karen and Louise bought a house together, they each bought insurance that would pay their third of house expenses for 18 months in the advent of the death of one of them. (They wrote about their experience in their book, My House, Our House.) They figured that would be time enough for the survivors to make a plan about what to do about their home. They each had wills with family members inheriting their portion of the estate.

Don’t Dwell On It

Once you’ve had this conversation, you can move on. Don’t dwell on it. Moving into a new home and creating a new relationship should be an exciting and happy time. Enjoy each other’s company, but also be there for each other in sickness and in health.

Read more about making life decisions and sharing housing: Why You Shouldn’t Have Sex with Your Roommate , Sharing Housing is Sustainable Living