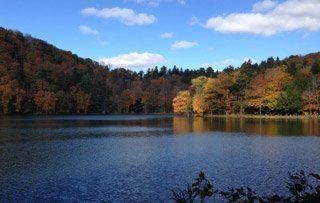 After a twenty-year career of increasing responsibility, salary, and status she was derailed when a company merger eliminated her job. Utterly. Alcohol and mental illness took control. Running out of money she moved back to the one area where life had been happy and had felt like home.  She stayed with a friend for a week until the friend took her to the emergency room of a local hospital, saying “I can’t do more for you.” The friend abandoned her there. “She saved my life,” says Jackie.

Diagnosed with bi-polar disorder and alcoholism, Jackie proceeded to spend the next twenty-four months in various stages of lock-downs in institutional settings as she got sober, started medications and learned how to live differently.  When it was time for her to move on to the next phase and find transitional housing she found her current living situation.

It was not easily found.  Jackie was sure that she should not be living alone – that being in a motel room alone or apartment would lead her downward pretty quickly. She says, “Living alone is not safe.”  So she was looking for a halfway house.  She found some in other towns where she might have moved but there were complications with those other places.

She found her current living situation when two different people told her about the house where she now lives within the same week. She thought, “Oh, I’d better pay attention.”  While the ad did say it was  a “clean and sober house,”  it is not intentionally transitional housing. When she interviewed she was completely upfront about her history and why she was looking for a place. She was accepted but not without some soul searching on the part of the home owner and housemates.

Jackie joined a house of four other people with the house owner living in another space on the land.  Two of her housemates have been in the house for more than two years. The other two have been there less than six months.

Jackie says, “This house is substantially different that living in a halfway house.  Here people choose to live without drugs or drinking  – it’s a way of life.”

“I’ve never lived with other people – expect husbands but that was 10 years total.  This is brand new and is really good for me. Living with others centers me, grounds me.  I can’t have a whole day where it’s possible not to see another person. I’m bound to run into somebody – it takes me out of myself. It’s easy when you live alone not to talk to anyone for a whole day.”

“I like the community feel. Someone will say, I’m going to the drugstore, can I pick up something for you? It’s not such a big deal to do something for others. We share, we look out for each other.  I noticed that the tomatoes in the garden were ripe and needed picking, so I did it. We’re concerned when a housemate isn’t feeling well or has an injury that makes it difficult to do things. We help each other.  That’s the difference between sharing a home and being housemates in a structured ‘clean house’.”

“It’s hard to create this community feel in a housing situation where you are simply renting rooms.”  She says, “This is a loving place. It is a safe place. I don’t know how our landlady selects people to make it like this.”

She says, that there is an atmosphere in the house of care and concern. When there are annoyances housemates work to understand.  The question becomes, “Why are you doing this differently? Is your way better?”  She also says, “there is no gossip or whining about another person. This is crucial!”

“I’m very happy here. I don’t need to live alone. I’m not rebelling against my parents anymore. I don’t need it my way all the time. This is a great place for me to be.”

I’m intrigued by the difference between living in this house where inhabitants simply choose not to seek inebriation with drink and drugs and  institutionally established “clean and sober houses.”  I suspect it feels very different to the recovering person.

Jackie’s landlady has been my friend and colleague for nine years and uses the selection process I’ve written up in Sharing Housing, A Guidebook for Finding and Keeping Good Housemate.  I’ll take some credit for her ability to find the right people to make her house work, but not all the credit. She also has a finely-tuned intuition and heart.

Read more about finding a good housemate situation for you: Is This You? , What I Tell my Friends About Sharing Housing