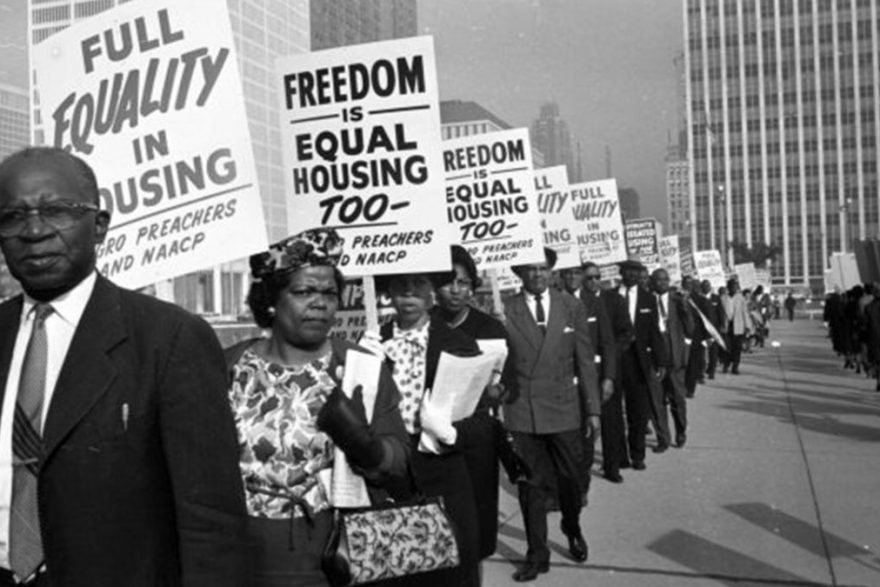 You can’t write an ad that says you want to live with a female, gay person, Christian, or whatever category you might really care about. That’s illegal. The law says you may not make a public discriminatory statement about your preferences. While this may seem crazy, you do get to decide who you live with. Stick with me, and follow a clear selection process, and you’ll be fine.

In the United States, housing sales and rentals are governed by The Fair Housing Act (FHA), a law first passed in 1968 to prevent sellers and landlords from discriminating against people based on “race, color, national origin, religion, sex, familial status (including children under the age of 18 living with parents or legal custodians, pregnant women, and people securing custody of children under the age of 18), and handicap (disability).” (Note: The text is no longer available.) It’s a good law that has changed housing in this country.

Fairness and Choosing a Housemate

The FHA has the unintended consequence of raising the issue of whether you can discriminate about whom you live with inside a dwelling.

So the Fair Housing Councils of San Fernando Valley and of San Diego took Roommates.com to court for using discriminatory categories in their matchmaking software. In the decision by the US Court of Appeals for the 9th district court of Feb 2, 2012 the court said, “Yes, you can discriminate.” This is a breath of fresh air for those of us paying attention to this issue.

The court decision says that the FHA is not “intended to interfere with personal relationships inside the home.” (emphasis in original). Elsewhere in the decision, Chief Judge Kozinski writes, “Holding that the FHA applies inside a home or apartment would allow the government to restrict our ability to choose roommates compatible with our lifestyles. This would be a serious invasion of privacy, autonomy and security.”  He colorfully continues,

For example, women will often look for female roommates because of modesty or security concerns. As roommates often share bathrooms and common areas, a girl may not want to walk around in her towel in front of a boy. She might also worry about unwanted sexual advances or becoming romantically involved with someone she must count on to pay the rent.

An orthodox Jew may want a roommate with similar beliefs and dietary restrictions, so he won’t have to worry about finding honey-baked ham in the refrigerator next to the potato latkes. Non-Jewish roommates may not understand or faithfully follow all of the culinary rules, like the use of different silverware for dairy and meat products, or the prohibition against warming non-kosher food in a kosher microwave. Taking away the ability to choose roommates with similar dietary restrictions and religious convictions will substantially burden the observant Jew’s ability to live his life and practice his religion faithfully. The same is true of individuals of other faiths that call for dietary restrictions or rituals inside the home.

Exactly. Everyone can applaud the sanity of the decision. We do get to choose whom we live with.

What Does it Mean for Your Ad

But, but… we don’t get to advertise whom we want to live with. This is a fine point and may get changed in the future, but nothing in Judge Kozinski’s decision touches upon the public statement of preference.  It is still illegal to state a discriminatory preference as craigslist users are reminded when they post.

The best way to manage this is to say who you are. Let your readers make their own choice. If you are an orthodox Jew keeping kosher say so. If you are a gay, Hispanic, and Republican say so. The person reading your ad can decide if they want to explore living with you.

Conduct a phone interview before meeting someone. You can learn a lot about a person in a telephone conversation. If you can tell that the person isn’t going to be a good match for you can always turn down someone by saying simply, “I don’t think it’s going to be a good fit. Good luck with your search.”

And you might get surprised. Maybe you’ll find the perfect housemate you might not have considered if you had limited your search by discriminatory categories. It could happen.

Update: h/t to commenter below.

In fact legal experts say it is possible to state a preference for the gender of the desired housemate, but you are on shaky grounds if that extends to other categories such as race or religion. Craigslist offers a statement of what you should follow.