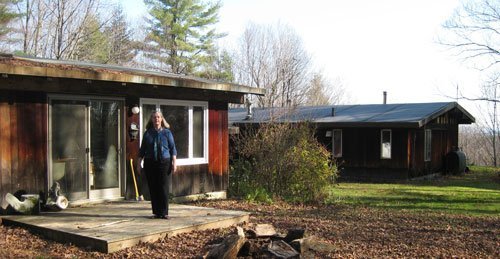 Why indeed should anyone wait to have the comforts of shared housing? Emily was living in a large house of four bedrooms, 2.5 baths. A house in which she had raised four children during marriage and after the divorce. She lived alone with a dog. She started thinking, “I need to live in a smaller space.” These are common thoughts as we start to age, and there are many reasons seniors live better in shared housing. Why not start that journey now?

The Tradition of Living With Family

Ten years from retirement, she remembered how much her own parents wanted to be sure not to burden her with their care, going to great lengths to know which nursing home they would go to. Emily assumed that she should do the same as her parents. However, on her wedding day her daughter said to Emily, “My husband expects that you will live with us when you are old. This is his culture and I expect it too.”

Then there came a time when the son-in-law and daughter decided that they were going to buy a house and establish roots in a community. Because of the expectation that they would be having  an older generation live with them (including visits from his parents) they were looking for a house that had an in-law apartment or similar configuration.

One day, Emily mentioned to her daughter that she was considering moving to the area where her daughter was living. While she had planned to follow this up immediately with promises not to crowd her daughter, she was shocked when the daughter responded with a “Great! I’d love you to move closer.”  With that, the plan came together quickly.  Daughter and husband found a house that had been built in the sixties with a separate living space, attached but separate.  Emily sold her house  and they all moved to the new location.

There are two buildings on the property connected by a garage and breezeway. The two buildings are oriented so that neither can see the other, so you don’t have the feeling that you are close. Emily pays rent for her little house. There is an expectation that when she retires her rent will be reduced. She does her laundry in the big house but otherwise the two residences are separate.

They might eat together a few times a week. There is nothing structured about that. If Emily wants to cook, she will cook for everyone. Likewise she will be invited to join as the occasion fits.

It’s been working very well for seven years.  A year ago, the grandson was born. Emily says, “That has changed things dramatically.”

“It’s so great. My grandson really knows me. I see him all the time. And I can help – if my daughter wants to run an errand I can play with the baby. It’s so different for my daughter. I remember being a mother and yearning for an hour alone with a cup of coffee. My daughter can have that because I can watch the baby. And I’m happy to do it.”

Asked whether there were any downsides, she says “I really can’t think of any.”

If you’re thinking about moving into shared housing, check out these articles: Considering Moving , How Ken and Kathy Stumbled the Third Time